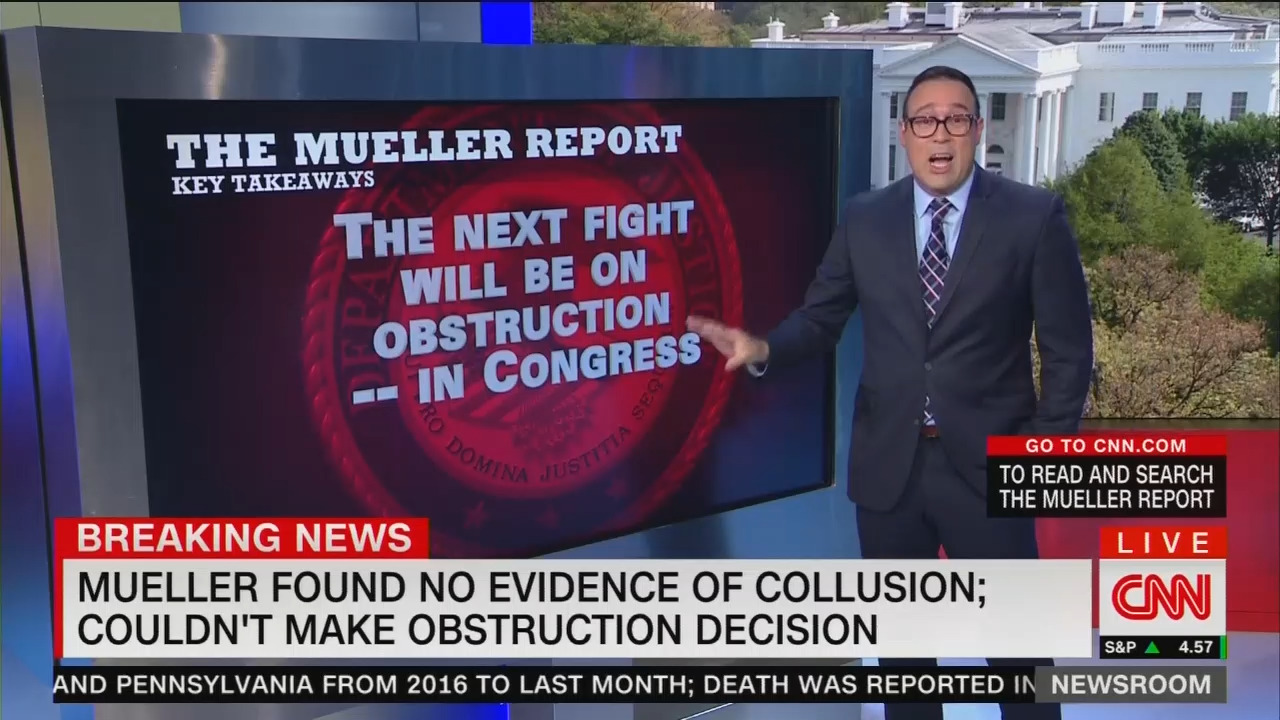 Chris Cillizza's column at the CNN website is called "The Point" but it takes him many many words and paragraphs to finally get to The Point buried deep in his verbose musings about the Mueller Report. If you can actually make it to that Point, you would be surprised to find out that Cillizza, in stark contrast with most of his CNN colleagues as well as the rest of the mainstream media, sees the Mueller report as good news for Donald Trump.

Before we get to his conclusion that threatens to turn the dome of his boss, Jeffrey Zucker, an even brighter shade of red, let us wade through some his observations before we discover his Trump happy conclusion in "10 takeaways from the Mueller report release -- and what happens next." Most of it won't disappoint a CNN fan. But then there's this.

In the executive summary of the collusion portion of the Mueller report, the special counsel's office gets right to the heart of the matter on the collusion question:

"Although the investigation established that the Russian government perceived it would benefit from a Trump presidency and worked to secure that outcome, and that the Campaign expected it would benefit electorally from information stolen and released through Russian efforts, the investigation did not establish that members of the Trump Campaign conspired or coordinated with the Russian government in its election interference activities."

So NO COLLUSION despite that narrative being constantly hammered over the past couple of years by much of the mainstream media, especially by CNN.

So why didn't Mueller charge Trump for obstruction?

The answer to that question is that it's complicated. Mueller cites a number of factors for why he ultimately didn't recommend such a charge. They include:

Yeah, charging obstruction for a crime that did not happen would tend to be quite a hard sell.

And finally we get to the heart of the matter...which could threaten Cillizza's CNN job security

...we got two top-line conclusions: 1) Neither Trump nor anyone in his campaign conspired with the Russian government in the 2016 election and 2) Trump will not be charged by the DOJ with obstructing the investigation.

Both of those conclusions are very good news for Trump. Period.

But not very good news for disappointed members of the MSM who were furiously pushing the Trump-Russia collusion narrative all this time.

Cillizza pretends that CNN isn't among the "partisans" in this fight, concluding: "The Mueller report neither exonerates Trump nor implicates him. And that sort of uncertainty gets eaten alive in our politics, ripped to pieces by partisans who tear off chunks that support their extant beliefs."