'Great Minds'? The New Yorker Oozes Over Origins of a Pecker Headline 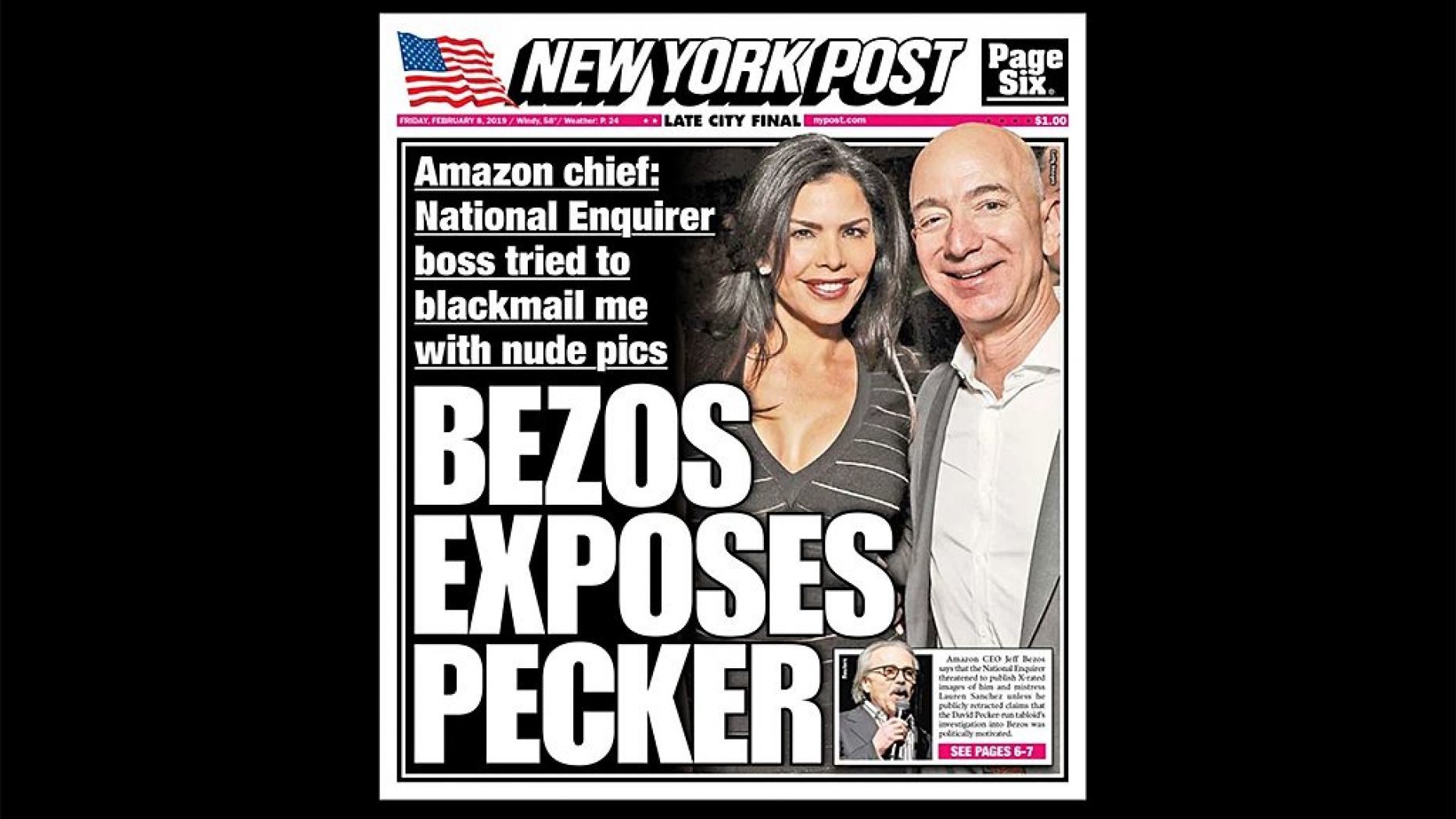 The once august New Yorker used to be the home of such skilled writers as Dorothy Parker, S.J. Perelman, James Thurber, and E.B. White who were renowned for their sophisticated humor. Nowadays? Well, check out how they congratulate the HuffPost  for "creating" a headline that was already obvious to many in this February 8 article by Erich Lach, 'The Story Behind the Instant Classic “Bezos Exposes Pecker” Headline.'

Yes, the world has been anxiously waiting to find out the details about how the HuffPost managed to think up that clever headline...which others also found to be all too obvious.

On Thursday, just minutes after Jeff Bezos revealed that American Media, Inc., had threatened to publish explicit photographs of him unless he acquiesced to certain demands, tabloid-headline excellence was achieved, when HuffPost declared, on its home page, “Bezos Exposes Pecker.” “Pecker,” of course, referred to David Pecker, the chairman and C.E.O. of A.M.I.—the same Pecker who, during the 2016 Presidential election, facilitated a payment to a woman who had a story to tell about an affair with Donald Trump. “What a day,” HuffPost’s editor-in-chief, Lydia Polgreen, tweeted, soon after the headline appeared, along with a screen shot of the home page.

The headline was the work of Hayley Miller, a HuffPost reporter in New York whose workday had already ended when the Bezos news came out. She was on the subway, heading home, her phone running out of battery and her reception going in and out between stations, when one of HuffPost’s employee Slack channels broke out in a headline brainstorm. “Basically, whenever there’s an opportunity for something super punny like that, our whole newsroom is on Slack throwing out puns,” Miller explained on Friday. The idea for “Bezos Exposes Pecker” came to her quickly, but she hesitated before sharing it. On one hand, she said, “I was just, like, Oh, my gosh, this is gold—got to do this.” On the other hand, she considered, “Do I want to bother my colleagues with another dick pun?” In the end, she went for it. “Trusted my gut, I guess,” she said.

Thank you for identifying that comedy artiste who dreamed up the all too obvious headline. Oh, and it is so inspiring how she trusted her gut on this.

Both Miller and Snyder shrugged off the fact that the New York Post—a tabloid famous for its headlines—ran “Bezos Exposes Pecker” as the headline on its Friday front page. They were willing to accept that great minds had arrived at the same idea simultaneously, like Newton and Leibniz. “I think anyone in that business is brainstorming headlines with the word ‘Pecker,’ ” Snyder said.

Oops! So not so original since it was all too obvious.