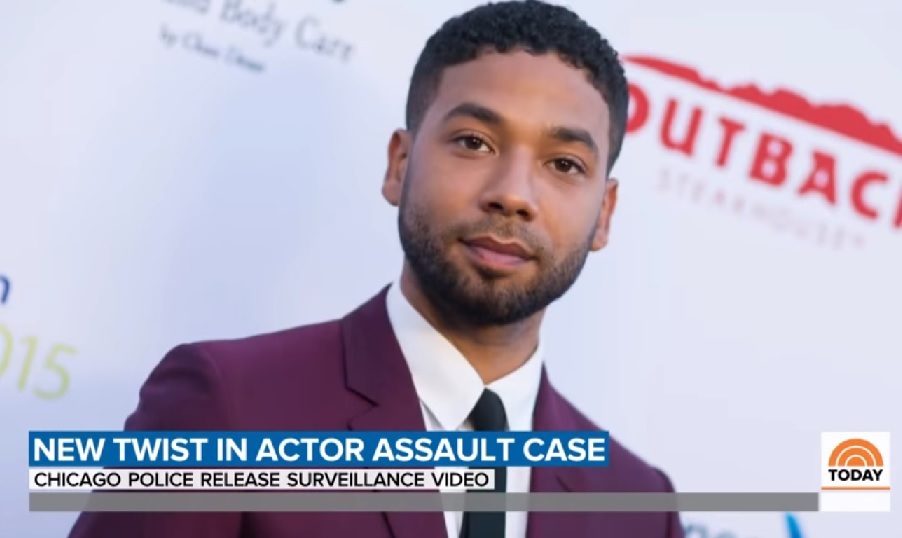 Despite the fact that many parts of Jussie Smollett's alleged hate crime had already started to fall apart by the time the Washington Post "identity politics" reporter Eugene Scott wrote about it on Wednesday, he failed to mention any of this. Instead Scott just went ahead and accepted that the attack was exactly as described.

He used the Smottett story to allege racism and homophobia despite the lack of any real evidence so far in a piece headlined, "The Jussie Smollett attack highlights the hate black gay Americans face."

After “Empire” star Jussie Smollett was hospitalized early Tuesday after reportedly being attacked by two people who hurled slurs, black gay men took to social media and other outlets to share the challenges they face on a regular basis in this current political climate.

...And the story became political not long after news about Smollett, an activist who has spoken out against President Trump’s policies, broke. Multiple lawmakers took to social media to decry what happened.

...Smollett’s [ahem, alleged]  experience is far too common for black gay men, particularly those who speak out against racism and sexism. As activist Preston Mitchum wrote: “Everyday our multiple marginalized identities increase our chances of facing racist, homophobic vitriol — and this fact has only intensified under the Trump administration with their dog whistle politics. So as we wait to see if justice is served for Smollett, we as Black queer people wait to see if America will finally see our lives as worth protecting. Because history has rarely been on the side of Black queer folk.”

Scott added "These violent encounters are part of why so many black gay Americans were so critical of comedian Kevin Hart’s past homophobic jokes and his often defiant response to criticism of them shortly after he was named as this year’s Academy Awards host."

He concluded by putting this right at the door of Donald Trump:

Trump is often criticized, even by supporters, for failing to denounce racism. And he has spoken out against homophobia even less....To many, the Smollett incident — and the political nature of the assault — is yet another reminder for many black gay Americans that this president’s vision of a “great America” does not appear to include them.

Yup, not a bit of doubt crept into Scott's story. Obviously, a hate crime. However, many sources are increasingly revealing a story that not only seems to be falling apart but also involves a coverup such as this Thursday report from NBC News, "Chicago police say 'Empire' actor Jussie Smollett refuses to hand over cellphone to them."

CHICAGO — "Empire" actor Jussie Smollett has refused to turn over his cellphone to detectives, who are investigating the alleged attack that sent him to the hospital earlier this week, Chicago police said Thursday.

The actor declined to share telephone records that could show he was speaking with his manager just as the alleged assault happened early Tuesday morning in Chicago, police spokesman Anthony Guglielmi told NBC News....

The manager has told police he heard the attackers say, "This is MAGA country," during the assault, officials said.

When police asked Smollett for his cellphone and records to confirm the call, he refused to share them, according to Guglielmi.

So if you are the victim of a hate crime why would you not turn over evidence to help the police find the perps unless...

Exit question: If this alleged hate crime case completely collapses, will identity politics reporter Eugene Scott provide an update as to why his initial analyis was completely wrong?