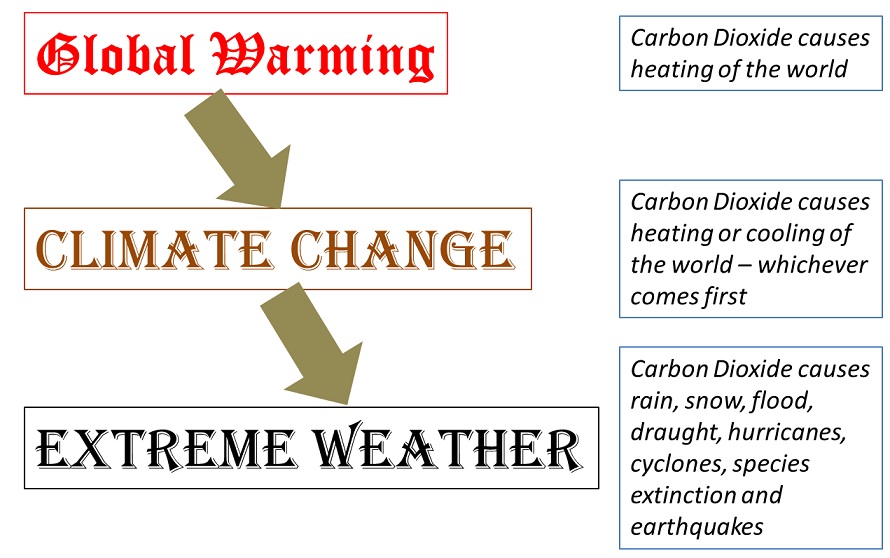 Remember "Global Warming?" Well, after a few years of usage ending in a lot of mockery when it didn't appear to happen due to a "pause," that phrase was quickly replaced by liberals by the more general "Climate Change." However, don't get too used to that term since it will soon be ditched to be replaced by a less "partisan" term in order to sell the public on what was initially called "Global Warming."

In fact, not only will there soon be a new term for "Climate Change" but a whole slew of new terminology as a PR effort to sell the public on the same old agenda with pretty new words according to the January 27 Politico Magazine in an article by Bryan Bender: "The New Language of Climate Change."

The subtitle informs us that the public will become like test animals to determine how well the marketing strategy works: "Scientists and meteorologists on the front lines of the climate wars are testing a new strategy to get through to the skeptics and outright deniers."

Leading climate scientists and meteorologists are banking on a new strategy for talking about climate change: Take the politics out of it.

That means avoiding the phrase “climate change,” so loaded with partisan connotations as it is. Stop talking about who or what is most responsible. And focus instead on what is happening and how unusual it is—and what it is costing communities.

That was a main takeaway at the American Meteorological Society’s annual meeting this month, where top meteorologists and environmental scientists from around the country gathered to hear the latest research on record rainfall and drought, debate new weather prediction models and digest all manner of analysis on climatic mutations.

Educating the public and policymakers about climate change at a time when elected leaders are doubling down on denying that it is happening at all or that humans are responsible for it demands a new lexicon, conference attendees told me—one that can effectively narrate the overwhelming scientific evidence but not get sucked into the controversy fueled most prominently by President Donald Trump.

A "new lexicon" will be needed to sell the public on what used to be called "global warming."

The new language taking root is meant to instill this sense of urgency about what is happening in ways to which everyday citizens can relate—without directly blaming it on human activity: The spring blossoms keep coming earlier; seasonal allergies are worsening and lasting longer; extreme heat is upending the kids’ summer camp schedule; crops are drying up or washing away at alarming rates.

The "new language" of environmental news speak. Coming soon from a mainstream media source near you.