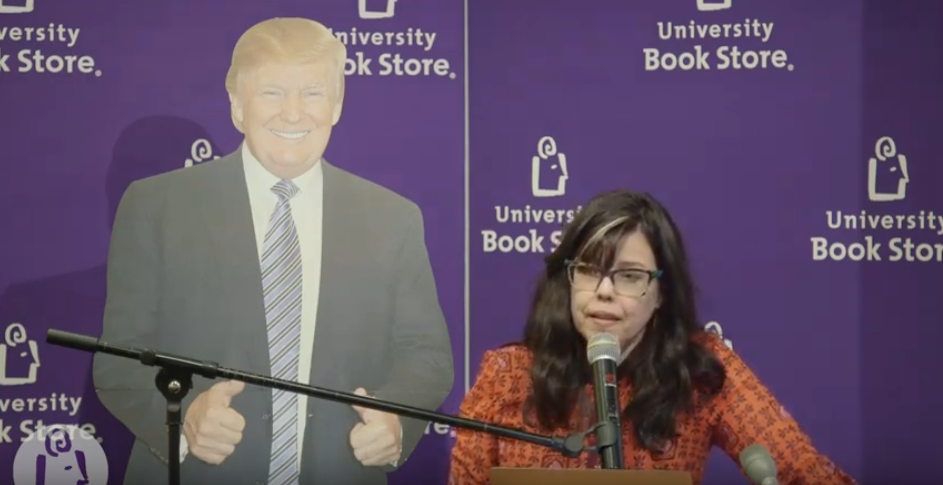 There is a new addition to the pantheon of Trump hatred in the media. It is a Trump hate book for teenagers. Yes, liberal families can now gift their teenagers with a book telling them why they should hate Trump. The latest example of Trump Derangement Syndrome, Unpresidented: A Biography of Donald Trump, was reviewed by TDS victim Katy Waldman on December 19 in the New Yorker.

Waldman proudly lets us know she suffers from TDS starting with the very title of her review, "A Trump Biography for Teens Is a New Lens on the President’s Totalizing Awfulness," and it goes downhill from there.

The new book “Unpresidented: A Biography of Donald Trump,” by Martha Brockenbrough, is itself unprecedented, at least according to the publicist who declared it “the first ever critical biography of a sitting president for teen readers.” Even without its index, political time lines, list of life milestones, Who’s Who chart, and diagram of Russia connections, the book runs to almost four hundred pages. I open it at random and read, “Trump’s brash tactics were helping him win, and that is what Trump always liked to do.” The line is simple, rhythmic, somehow homiletic—there’s a symmetry to it that evokes “If You Give a Mouse a Cookie.”

In many liberal households, the President’s election in 2016 marked a rupture of parental authority. Mothers and fathers had spent the previous year dispensing reassurances that the authoritarian clown was bad, yes, but that he wouldn’t win against Hillary Clinton. They’d built a narrative—the first female President, a better world—and then Trump had shattered it. “Unpresidented,” which patiently combs through past and present to assemble a coherent portrait of a chaotic man, may restore some of the equilibrium that dissolved on Election Night.

Their world was shattered. The Big Bad Orange Man won. Not fair!

Writing that her “goal is to be both accurate and fair,” the author observes that “sometimes we define fairness as a balance of positive and negative information. . . . But this is a bit like saying you can create balance by putting ten elephants on one side of the scale and ten babies on the other.”

Reviewer Waldman wants the book to be even MORE condemnatory of Trump.

There is prescient meaning in every anecdote Brockenbrough includes, down to the poem Donald wrote in elementary school: “I like to hear the crowd give cheers, so loud and noisy to my ears.”

How about an anecdote about the Bad Orange Man being a violent kicker when he was in the womb?

Working through “Unpresidented,” one becomes aware all over again of the trauma caused by Trump’s tenure in the White House. It is tempting to hear in Brockenbrough’s plain language a kind of scrabbling in the rubble, an articulation of first principles, an attempt to justify the status quo to whatever is childlike and unalienable enough in us to have survived the demolition. (There is additional pain in the fact that the book is pitched to people who surpass Trump in reading comprehension.) But “Unpresidented” is also not aimed at that dithering part of the national consciousness that can’t get out of bed in the morning. It speaks to real teens. Brockenbrough devotes her dedication “to the Parkland generation.” She writes, “You know what to do.”

And it sure sounds like Waldman is among those whose Trump hatred is so debilitating that she often can't get out of bed in the morning.