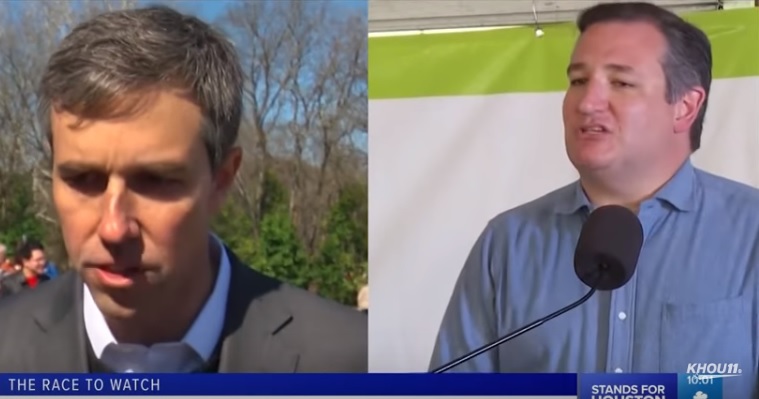 Shh! One of the U.S. Senate candidates backed out of a scheduled debate but could we just forget about that and move on to other matters?

That seems to be the reaction of the Texas Tribune to the news that the Democrat candidate in the Senate race to unseat incumbent Ted Cruz, Beto O'Rourke, backed out of a scheduled debate set for August 31. Since then, it has been treated as a rather minor matter by a periodical whose main shtick is Texas politics.

There was actually a time in the not so distant past when the Texas Tribune expressed a great deal of interest at the prospect of a series of debates between the candidates but since they reported "Beto O’Rourke says he isn’t debating Ted Cruz this Friday" on August 27, there has very little from that periodical about politics on the subject of the debates:

"Friday in Dallas is not going to happen, but I'm convinced we will debate," O'Rourke said Monday during an appearance at the 2018 Texas Disability Issues Forum in Austin. "I'm convinced there will be a number of debates."

In July, Cruz challenged O'Rourke to five debates – sending a detailed plan with proposed dates, cities and topics. The first was to be on Aug. 31 in Dallas and to focus on "Jobs/Taxes/Federal Regulations/National Economy." O'Rourke accepted Cruz's proposal for five debates but suggested some revisions — including having a sixth debate in O'Rourke's hometown of El Paso.

Wow! Normally a scheduled debate cancellation would be a political bombshell but in the world of the Texas Tribune, judging by their subsequent reaction, it is no biggie. In fact if you check their following stories on the Cruz-O'Rourke race, that debate cancellation has pretty much gone down the memory hole. The Texas Tribune did not always express such pronounced disinterest about Senate candidate debates as you can see in their July 27 article in which they announced that "O'Rourke agrees to debate Cruz five times, but has some suggestions":

Beto O'Rourke, the Democratic nominee in Texas' U.S. Senate race, is accepting Republican incumbent Ted Cruz's proposal to debate five times over the next three months, though O'Rourke also is suggesting a few changes to the plan — including having a sixth debate in his hometown of El Paso.

"I look forward to debating Senator Cruz and am grateful for the schedule you have proposed," O'Rourke wrote in a letter Friday to Cruz strategist Jeff Roe. "I would suggest only a few small changes."

Despite that debate buildup in the Texas Tribune, the air was suddenly let out of that balloon in the form of noticeable disinterest after O'Rourke backed out of the first of the scheduled debates. Can we excused for having the suspicion that if Cruz was the one who backed out of the first debate that the Texas Tribune would have been all over that story in stark contrast to their current avoidance the Beto Bugout?