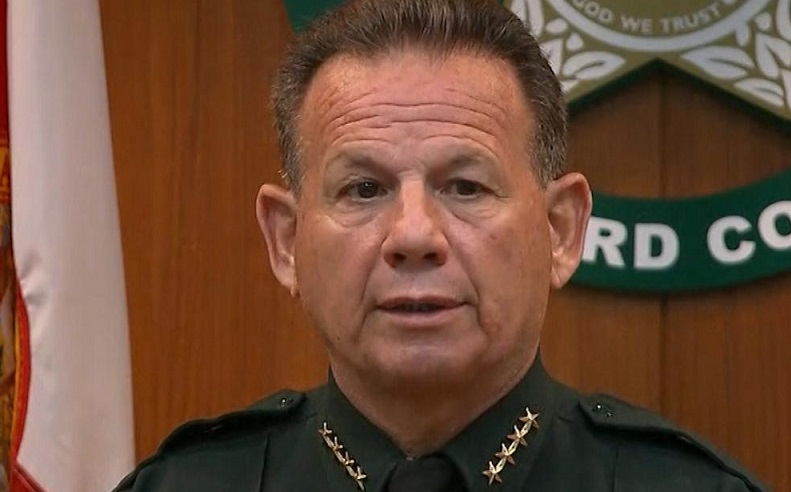 Michael Grunwald expressed his anger in Politico magazine at Broward County Sheriff Scott Israel. He is upset because Sheriff Israel's inept leadership and boastful manner has diverted attention away from the anti-NRA narrative being promoted by the left and the mainstream media. Yes, instead of being primarily concerned about how the sheriff overlooked dozens of red flags that allowed the tragic shooting to take place on Valentine's Day in Parkland Florida at Marjory Stoneman Douglas High School, Grunwald focused his ire upon him because the sheriff, not the NRA, became the primary target of anger.

You can see where Grunwald is going just from the title of his article, When the Broward County Sheriff Upstaged the Parkland Kids, and its subtitle, How Scott Israel became the NRA’s perfect foil.

It’s hard to recall a post-disaster interview worse than Scott Israel’s train wreck this week with CNN’s Jake Tapper, when the Broward County sheriff hailed his own “amazing leadership” after the Valentine’s Day massacre in Parkland, Fla.; insisted he could “only take responsibility for what I knew about”; and when asked if his department could have prevented the tragedy, bizarrely responded: “If ifs and buts were candy and nuts, O.J. Simpson would still be in the record books.”

...He has become a shiny ball used by Republicans to distract the public and change a politically awkward subject—in this case, the debate over gun restrictions after the tragedy at Marjory Stoneman Douglas High. A Fox News headline neatly summarized: “Sheriff Scott Israel Battling Calls to Resign As Blame Shifts in Wake of Florida School Shooting.”

Damn you Sheriff Israel for making yourself, not the NRA, the target! You have become a distraction from the anti-NRA narrative.

...Israel really does seem to deserve some blame, and really has displayed ineptitude and arrogance in public. He’s the perfect foil—a mouthy, pugnacious Democrat who isn’t known for deep thinking before he starts speaking.

Um, ineptitude is something of a great understatement. How many red flags did the Broward Sheriff's Department overlook? Of course, it was more than mere ineptitude on the part of the sheriff since the Broward County School Board policy is to avoid arresting students. As Paul Sperry of RealClear Investigations wrote:

Despite committing a string of arrestable offenses on campus before the Florida school shooting, Nikolas Cruz was able to escape the attention of law enforcement, pass a background check and purchase the weapon he used to slaughter three staff members and 14 fellow students because of Obama administration efforts to make school discipline more lenient.

Documents reviewed by RealClearInvestigations and interviews show that his school district in Florida’s Broward County was in the vanguard of a strategy, adopted by more than 50 other major school districts nationwide, allowing thousands of troubled, often violent, students to commit crimes without legal consequence. The aim was to slow the "school-to-prison pipeline."

That policy that would have prevented the shooter from buying a weapon in the first place was overlooked by Grunwald in his agony over the "shiny ball" sheriff who inadvertently stole away the left's anti-NRA message.