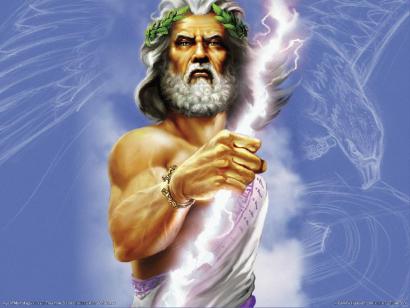 The Democrats just blew $30 million on the most expensive congressional race in history and all they have to show for it is a lousy participation trophy.

Perhaps the Democrats would have been better off using that money to erect a temple to the Weather Gods. A frustrated Eric Levitz at New York magazine makes the case that the "Weather Gods" seemed to have been conspiring against Jon Ossoff in the June 20 special election in the Sixth Congressional District in Georgia. Fifty minutes before the polls closed for that election, Levitz noted how perfectly the weather aligned against Ossoff by observing that "Karen Handel Gets Last-Minute Endorsement From Weather Gods":

If you had told Jon Ossoff 24 hours ago that Georgia’s sixth district was going to see torrential downpours and flash flooding on Election Day, he might not have been too worried. In fact, he may even have taken such a forecast as good news.

The Democratic congressional candidate is widely expected to win the district’s early vote. Republican Karen Handel’s campaign, by contrast, is counting on strong conservative turnout Tuesday to put her over the top in the razor-tight race.

So, a soggy playing field might have been favorable terrain for Team Blue — if it didn’t happen to be considerably soggier on their half of the field. As Politico reports:

Yes, the Weather Gods are very selective as to where to dump the rain.

At DeKalb-Peachtree Airport, which sits in the state’s 5th District but is close to a heavily Democratic part of the 6th District, 4.58 inches of rain fell between noon and 4 p.m. Eastern Time — almost as much as typically falls in the entire month of June. But in Cobb County, home to more Republican voters, far less rain has fallen. As of 4 p.m. at Dobbins Air Force Base in Marietta, just 0.86 inches of rain had fallen.

Hmmm... Has anyone noticed if one of the Weather Gods has orange hair?

Since this was written shortly before the polls closed, Levitz still held out hope for equally bad weather in the more Republican sections of that congressional district:

Things look less-than-ideal for Team Ossoff. But, then again, that flash-flood warning covers parts of North Fulton, where Handel was expecting to perform quite well. And the storm appears on track to hit Cobb County before polls close.

So, given Ossoff’s advantage in the early vote, maybe the weather will end up being a wash.

Or maybe God is a Republican (like most other old, white men).

I think the election results have answered that last speculation.