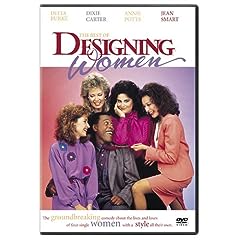 Well, as amazing as it might seem, that's what happened at a luncheon in Beverly Hills on Monday where one of America's most well-known liberal television producers, Linda Bloodworth-Thomason of "Designing Women" fame, tore into the journalistic embarrassment known as MSNBC.

As Reuters reported, Thomason asked attendees to "stop the demonizing" as she surprisingly claimed "Democrats have been worse than Republicans as far as personal attacks on candidates are concerned" (emphasis added, h/t NBer zachlind):

In a room full of television industry executives, no one seemed inclined to defend MSNBC on Monday for what some were calling its lopsidedly liberal coverage of the presidential election.

She added that she would prefer a lunch date with right-leaning Fox News star Sean Hannity over left-leaning MSNBC star Keith Olbermann.

Olbermann was criticized by many who attended Monday's luncheon sponsored by the Caucus for Producers, Writers & Directors at the Beverly Hills Hotel. The event was dubbed "Hollywood, America and Election '08."

Bloodworth-Thomason and others seemed especially critical of the way MSNBC -- and other media -- has attacked Republican vice presidential candidate Sarah Palin while demeaning her supporters.

"We should stop the demonizing," she said, adding that Democrats have been worse than Republicans as far as personal attacks on candidates are concerned. "It diminishes us," she said of her fellow Democrats.

Bloodworth-Thomason even suggested a defense of Palin and her supporters should be written into TV programing, just as she went out of her way to portray Southern women as smart in her hit TV show "Designing Women."