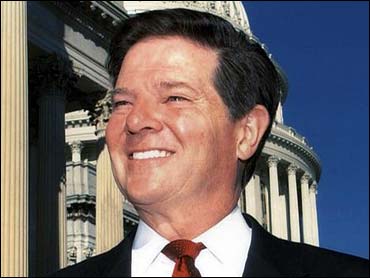 Don't you love it when you find out that leading political figures in America think just like you?

Due to language that might offend some, the actual quote comes after the break.

However, let's just say that as reported by the Washington Examiner's Yeas and Nay's blog Tuesday, DeLay is about as fond of Krugman as most Americans with an above body temperature intelligence quotient (fair and final profanity warning):

But, lest you think that The Hammer is about to start playing for the other team, he did poke fun at New York Times columnist -- and favorite conservative punching bag -- Paul Krugman: "I'd like to bitch-slap him."

As delicious as that sounds, I'd actually rather debate Krugman about any subject matter he could name, for there really aren't many more clueless individuals in the media today than this Democrat shill.

In fact, regardless of how the left fawns over this man, my pet cockatiel has a firmer grasp on economics than Krugman, and expresses her opinions far more cogently...with all due respect, of course.

Post facto addendum: For those that actually believe Krugman knows anything about the economy -- including Paul himself -- intelligence quotient is the long version of IQ. I hope this helps.