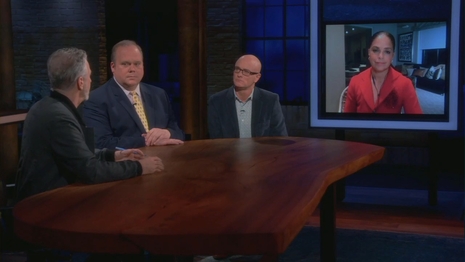 As NewsBusters previously reported, comedian Jon Stewart dedicated an entire episode of his Apple TV show, The Problem With Jon Stewart to how the media overplayed their hand with the Mueller report and filled their coverage with “bulls***,” and effectively turned it into a “noose-tightened, closed-walled, family-style jail-gasm.” But there was more to the show as he brought on media insiders to discuss the problem and surprisingly sat down with former Disney CEO and ABC News boss, Bob Iger.

“The reason why I chose the Mueller Report to kind of do the autopsy on was they talked a lot about the disappointment in the Mueller Report. But that disappointment was the fruit of the seed that they planted…” he deduced as he brought on his panel of former Fox Newer Chris Stirewalt, Sean McLaughlin of EW Scripps, and former CNNer Soledad O’Brien,

Stirewalt immediately diagnosed the real problem as the perverse incentive structure created by the use of an outdated rating system. “That's the problem. The death knell is if your numbers go down, that's why we only get one story at a time,” he said.

O’Brien agreed and blew Stewart’s mind when she informed him that major media networks have access to a “minute-by-minute” breakdown of their ratings almost in real-time and they were instrumental in determining what to air (click “expand”):

O’BRIEN: So, as long as the delta, the ratings increase from yesterday keeps going, you're gonna obviously keep doing that story, but you've got to milk it a little bit more. You know, you get a minute-by-minute ratings print out. You know exactly –

STEWART: You get a minute-by-minute ratings print out at CNN?!

O’BREIN: Everywhere, not just at CNN and it's called the minute-by-minutes. You know exactly. You can tell what story was I in when the ratings went up and what story up. Look at the end of the hour, we lost a bunch of people, whatever that was figure out. We should never do that again.

STEWART: They will say it explicitly?

Putting the pieces together, Stewart formulated that “basically what the news is saying to us is, ‘this isn't our fault, it's your fault.’” Adding: “They are outsourcing the responsibility of news gathering and news telling to, ‘well, if they would watch better stuff, we'd show them that.’”

He seemed absolutely shocked but suggested there was a similar thing going on at Comedy Central (an entertainment channel) when he was doing The Daily Show. “[W]e developed the thing that we believed in and the audience showed up rather than doing research on what the audience wanted and backing into it,” he explained.

At one point, when they were talking about no one wanting to buck the lucrative system they set up, O’Brien seemed to give a tacit admission that she bugged out after she got hers:

I think it's about systems like, ‘well listen I'm in the system and this is how the system is and if I would like to get paid – continue to be paid the money that I'm making, which is seriously good money. Do I really want to fight the system?’

In the transition from the panel discussion to the Iger interview, there was a clip of a production meeting for the show where an exacerbated Stewart informs the group, “We're not going to have an interview with somebody who runs a news division or used to run a news division.” 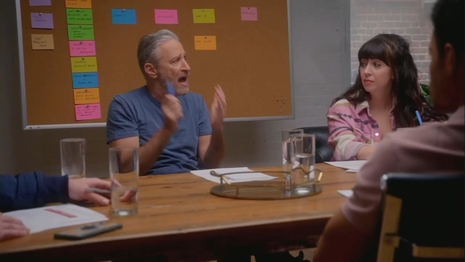 Not a single one would speak to them on the record and Stewart was obviously very annoyed. “You're an industry that relies on transparency and access and ‘democracy dies in darkness’ and you're saying that locked in a fucking closet with the lights out and you won't say it on camera,” he decried.

Those gathered in the discussion turned the tables on the media by calling them out on how heartless and indignant they treat the public when they want to cover a story:

STEWART: These are people that stand outside of people's homes after their child has been murdered and say, “talk to me, come out--”

UNIDENTIFIED WOMAN: “You owe us!”

STEWART: “ --and tell us how you feel.” And they act like they owe them. And then you ask them to just come on and defend their fucking business model.

CHELSEA (head writer): Have you tried going outside their house and been like, “fucking talk to us!”

And that’s where the interview with Iger immediately picked up. “Do you have an idea of why they might be so reluctant to speak publicly,” Stewart wondered. Iger chalked it up to news organizations “being criticized in a way that they've never experienced before” and they’ve formed “a bit of a bunker mentality[.]”

Things got a bit tense when Stewarts was pressing Iger on how ratings drive what’s being shown to viewers and Iger was very defensive (click “expand”):

IGER: If you're asking whether there have been incidents when news organizations fail to carry things because they don't think they'll be of interest to their audience. I'm sure that’s the case.

IGER: You think it's a regular thing.

STEWART: And not told in the right way.

IGER – I’m defending an organization as opposed to news in general. I just don't have enough—

STEWART: But trust in news during the Cronkite era was it was one of the most valued institutions. Today, it's somewhere between Congress and herpes. 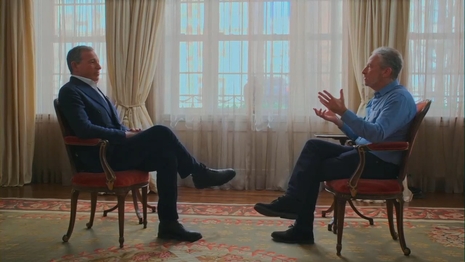 But Iger seemed to come to the realization that Stewart had a point when the latter pointed out that even the basic format of a newscast is biased. “[T]he first thing you say at the top of every broadcast is, ‘our top story tonight.’ That's opinion. It's subjective,” Stewart argued.

This seemed to rattle Iger to reality a bit as he admitted “many news organizations feeling embattled by that Trump and the Trump era reacted to it. Um, perhaps by building up his potential demise” and felt “glee.”

He and Stewart would go on to talk about the possibility of creating a news organization that lives up to the ideals, but Iger wasn’t sure how successful it would be in terms of both financial viability and impact on the world.

To read the relevant portions of the transcript click here.