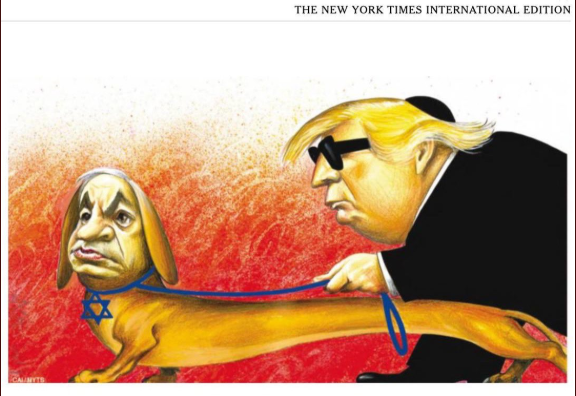 On Thursday, The New York Times international edition ran a political cartoon that was supposed to show Israeli Prime Minister Benjamin Netanyahu leading a blind President Trump around. But the cartoon was filled with anti-Semitic symbolism. Worse yet, when they finally responded to the outcry on Saturday, the Editor’s Note the paper put out noted the offensive nature of the image but didn’t apologize.

As you can see here, the cartoon depicts Netanyahu as a dog with the Star of David around his neck. President Trump was shown wearing a kippah, even though he’s not Jewish and Netanyahu was. Both leaders were drawn with large noses, which is common in anti-Semitic imagery.

On Saturday, the New York Times Opinion Twitter page posted an Editor’s Note addressing the cartoon, which they planned to run in Monday’s international edition:

A political cartoon in the international print edition of The New York Times on Thursday included anti-Semitic tropes, depicting the prime minister of Israel as a guide dog with a Star of David collar leading the president of the United States, shown wearing a skullcap. The image was offensive, and it was an error of judgment to publish it. It was provided by The New York Times News Service and Syndicate, which has since deleted it.

Nowhere has The New York Times actually apologized or expressed regret for posting the anti-Semitic cartoon. They simply called it “an error of judgment”. They also offered no explanation of how the cartoon managed to get through their supposedly vigorous editorial process.

As has been pointed out on Twitter, this wasn’t The New York Times’ first foray into anti-Semitism. In 2015, the paper published a list of lawmakers opposed to the Iran nuclear deal in which they went out of their way to label Jewish lawmakers and those with large Jewish constituencies.

In their Editor’s Note back then, they also didn’t apologize: “Many readers and commenters on social media found that aspect of the chart insensitive. Times editors agreed and decided to revise it to remove the column specifying which opponents were Jewish.”

The also admitted to overstating the number of lawmakers they labeled as Jewish. “The revised version itself, when first published, included a factual error, misstating the overall number of Democratic opponents of the deal who are Jewish. 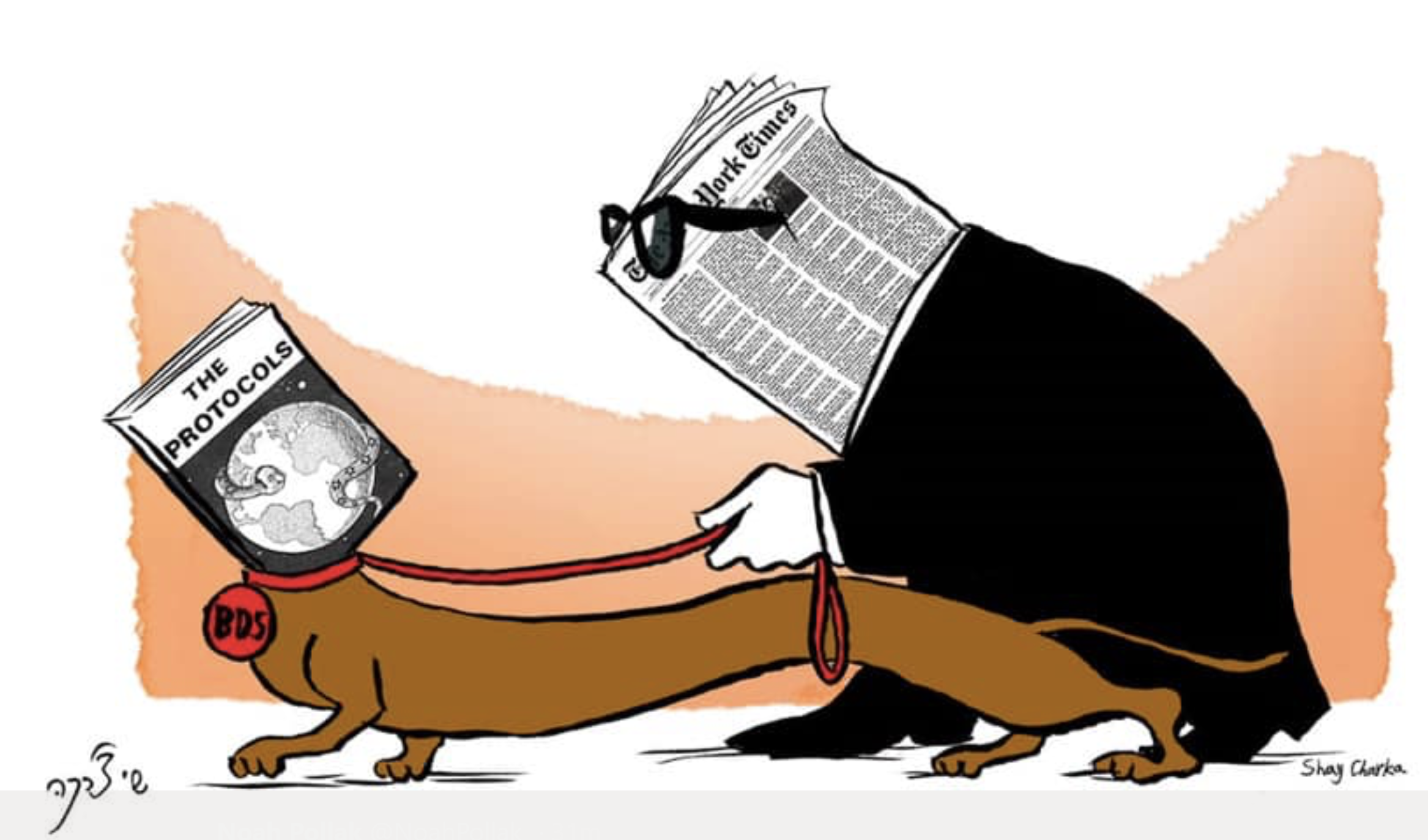 The liberal media tells us that The New York Times was supposed to be the pinnacle of journalism excellence. But here they are essentially repurposing cartoons from 1940s Germany.

Israeli cartoonist Shay Charka responded by ripping The New York Times with a cartoon depicting the paper as the blind one being led by a dog labeled "The Protocols", which was an anti-Semitic book that claimed Jews were trying to take over the world. The collar around the dog's neck read "BDS", or boycott, divest, and sanctions, which was an anti-Israel movement with anti-Semitic roots.