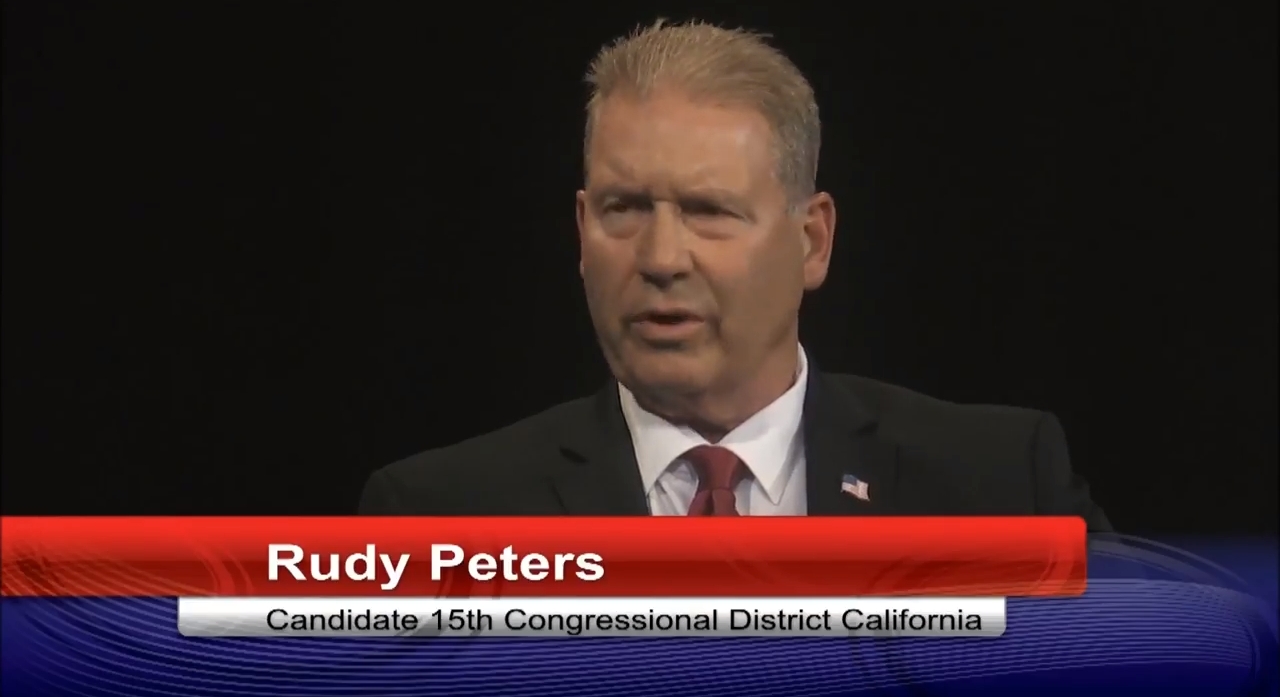 Republican Congressional candidate Rudy Peters, who’s running against Democratic incumbent Eric Swalwell in California, was attacked by an assailant wielding a “switchblade” while campaigning at the Castro Valley Falls Festival on Sunday. The news of the attack reached national attention Tuesday afternoon yet none of the major network broadcasters (ABC, CBS, and NBC) thought it was worth mentioning.

“A man was arrested on suspicion of felony assault and other charges after allegedly attempting to stab a Republican congressional candidate with a switchblade over the weekend at in Castro Valley, according to the Alameda County Sheriff’s Office,” reported local CBS affiliate KPIX.

The attack allegedly occurred when Peters was manning his campaign booth at the festival. According to reports, Farzad Fazeli, the alleged assailant, unleashed a string of “disparaging, profanity-laced remarks about the Republican Party and President Donald Trump” before he made his move.

“During the incident, Fazeli allegedly pulled out a switchblade knife and attempted to stab Peters. The knife malfunctioned and the candidate became involved in a physical struggle with Fazeli, according to sheriff’s Sgt. Ray Kelly,” KPIX added. Peters was not injured in the altercation.

According to a report by The Sacramento Bee, Peters fended off his attacker with one of his own campaign signs. “A Republican congressional candidate in California fended off a knife attack on Sunday — and an election sign helped the candidate keep the attacker at bay, authorities said,” reported The Bee’s Jared Gilmour.

“Eventually, Peters managed to bring Fazeli to the ground, Kelly said. He added that Peters was defending himself, and did not attack Fazeli,” Gilmour added. “Fazeli then fled the scene and “may have changed his clothes to disguise his identity,” Kelly said. But deputies were nearby at the fair and detained him.”

After the network newscasts were off the air, news broke of a disturbing mass shooting threat against a “MAGA meetup” at the Trump International Hotel in Washington, D.C. According to the Daily Mail:

Police have responded to the Trump International Hotel in Washington DC after an anonymous threat to shoot up a meeting there supporting President Donald Trump. The threat was made ahead of the planned Tuesday evening event by an anonymous Twitter account that supports the Democratic Socialists, a far-left political group.

Gateway Pundit reporter Cassandra Fairbanks put out a tweet on Tuesday asking, “Who is going to the MAGA meetup tonight?” Twitter user, @Dreamstarjustic responded with a picture of a 1911 style handgun, saying, “I am coming with a gun and i expect to get numerous bloodstained MAGA hats as trophies”.

Since news of this threat broke after the network newscasts were off the air, it will be interesting to see if they report it Wednesday morning. But given their recent omissions, it’s unlikely.