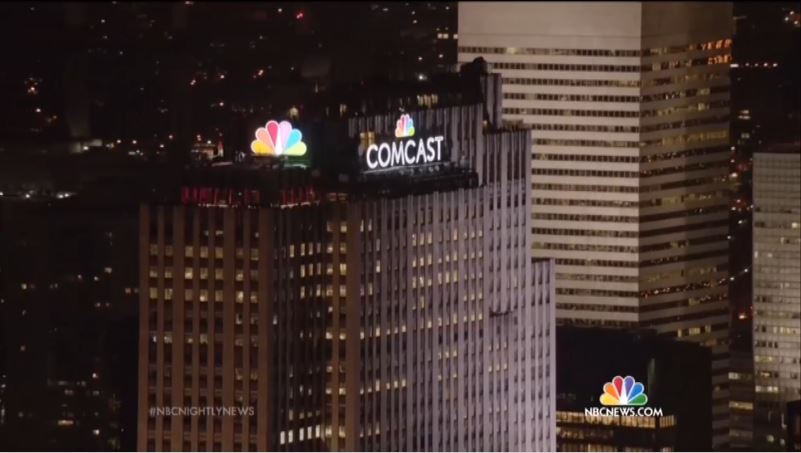 On Thursday, NBC News was rocked by back-to-back investigative reports by The New York Times and The Daily Beast detailing breaches of journalistic integrity and threats to “smear” Ronan Farrow, who has since left the organization. His crime? Trying to expose Harvey Weinstein’s predatory behavior. If the accusations are accurate, it could explain why NBC superstar Matt Lauer was allowed to get away with what he was doing for decades.

New York Times reporter John Koblin spoke with Rich McHugh, a former NBC producer who worked with Farrow on his story. Koblin noted that McHugh “is the first person affiliated with NBC to publicly charge that the network impeded his and Mr. Farrow’s efforts to nail down the story of Mr. Weinstein’s alleged sexual misconduct.”

According to The Times, McHugh described NBC’s tactics against him and Farrow as “a massive breach of journalistic integrity.” NBC disagreed with the claim and stood by its original defense of Farrow’s story not being “broadcast-ready.”

“Three days before Ronan and I were going to head to L.A. to interview a woman with a credible rape allegation against Harvey Weinstein, I was ordered to stop, not to interview this woman (…) And to stand down on the story altogether.” McHugh told The Times.

The Times recalled the known incident where the network forbid Farrow from using NBC camera crews to interview alleged victims. But NBC News executive editor Rich Greenfield complained to the paper that “the problem was, we didn’t have a credible accuser on the record, on camera.”

Koblin also noted how both ABC and CBS’s evening newscasts covered the breaking Weinstein story the day it happened, while NBC Nightly News (and Access Hollywood) conspicuously didn’t (which was first reported by NewsBusters).

Meanwhile, The Daily Beast’s Maxell Tani and Lachlan Cartwright, they spoke with numerous anonymous sources that painted an extremely hostile legal picture at NBC. “According to multiple sources familiar with the matter, NBC News general counsel Susan Weiner made a series of phone calls to Farrow, threatening to smear him if he continued to report on Weinstein,” reported Tani and Cartwright.

The Daily Beast noted that while NBC News President Noah Oppenheim directed Farrow towards Rose McGowan (a Weinstein accuser), “Farrow had begun to suspect that Oppenheim—who moonlighted as a Hollywood screenwriter—was potentially communicating with Weinstein directly about the story,” while they were digging up more evidence against him.

If the accusations NBC meddling the Farrow’s reporting couldn’t get any dirtier, The Daily Beast spoke with sources who said: “Weinstein attorney Charles Harder claimed in legal threats to Farrow and others that NBC News gave them written assurances that Farrow would not use any reporting he obtained about Weinstein during his time at the network…”

The accusations against NBC seem to show a cultural environment that was resistant to exposing powerful people accused of sexual misconduct. And their opposition to outing Weinstein may have been informed by their knowledge of Matt Lauer’s behavior.