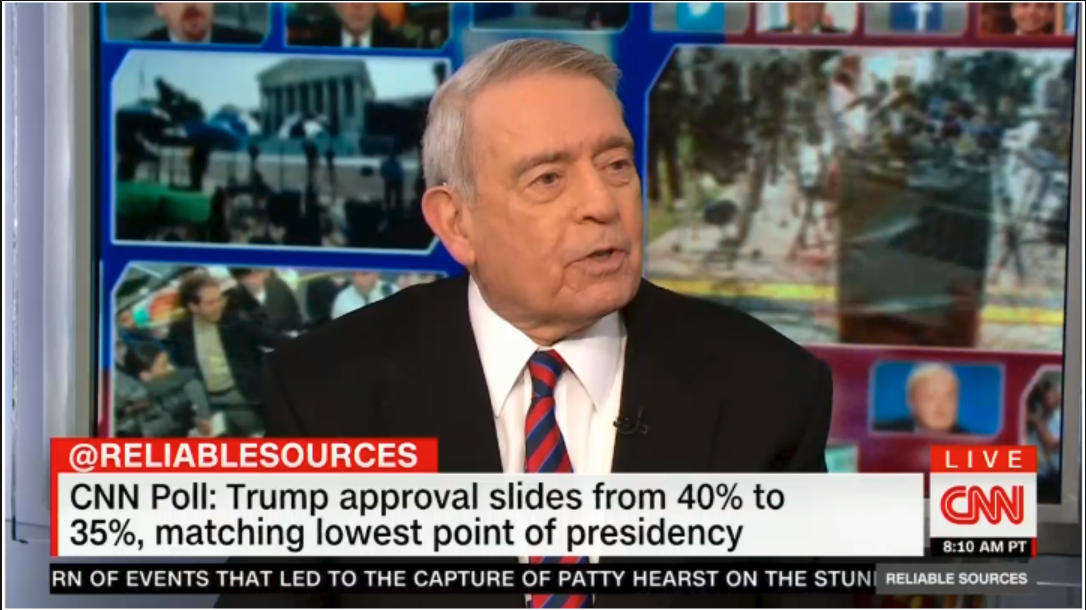 “Let's be clear, news anchors looking into [the] camera and reading a script handed down by a corporate overlord, a script meant to obscure the truth not elucidate it, isn't journalism. It's propaganda. It's Orwellian. And it is on a slippery slope towards some of history's most destructive forces. These are the means by which despots wrest power, silence dissent, and oppress the masses.”

No, that wasn’t a quote from a George Orwell or a Ray Bradbury novel warning about the abusive power of a state-controlled media and the flow of information. That was disgraced CBS anchor Dan Rather freaking out on Facebook Monday about a Sinclair Broadcast Group promotion promising viewers they would be factual in their reporting.

After a CNN report by Brian Stelter early last month, where he was clutching his pearls about Sinclair’s promise, it was back in the news Monday after Deadspin put out a supercut video featuring many of Sinclair’s anchors speaking all at once to make it feel creepy. That was the catalyst for the new wave of pointless hyperventilating from the liberal media, including Rather.

The video “puts the dangers of our time into visceral relief,” Rather declared in the Facebook post after singing the praises of the video’s editor.

“To those who say this rhetoric is hyperbolic, I submit that attacking the press as honest brokers of information has been one of the constants of this Administration and all those who normalize it,” Rather vigorously opined. “But this is not normal. This is not how the freedoms enshrined in our Constitution, that beloved First Amendment, is supposed to operate.”

According to Rather, it’s “attacking the press” for Sinclair to have their anchors say: “It's our responsibility to pursue and report the truth. We understand Truth is neither politically 'left nor right.' Our commitment to factual reporting is the foundation of our credibility, now more than ever.” And for them to note: “The troubling trend of irresponsible, one-sided news stories plaguing our country. The sharing of biased and false news has become all too common on social media.”

“The faces of the men and women you see delivering this chilling message are befitting those of a hostage video,” Rather bitterly proclaimed. “I suspect that the vast majority of the journalists you see in this video want to be in an environment where they can do their jobs, reporting the news fairly, without favor or bias. They need our support.”

The disgraced anchor demanded that Congress conduct probing hearings to hold the “executives of Sinclair to account” for this blasphemy against the church of the liberal media. “But one suspects that is highly unlikely in the current political environment,” he whined.

“Will this spur citizens to elect representatives who recognize that this is a clear and present danger,” Rather wondered as he set the stage for a partisan boycott. “Will enough people be outraged to bombard stations, and advertisors [sic], with letters, phone calls, and tweets to suggest this is unacceptable?”

“The voice of the people still matters. If enough people speak, they cannot be ignored. A free and independent press must be part of #WhatUnitesUs,” Rather concluded.

As a reminder, Dan Rather’s career came to an embarrassing end when he relentlessly pushed a fake news story about President George W. Bush’s National Guard service during the Vietnam War. He still claims it’s true. What he basically has a problem with is Sinclair capitalizing on the public's distrust in national media and confidence with local reporting. If he really had a problem with a corporate message tainting reporting, he should stop going on CNN.