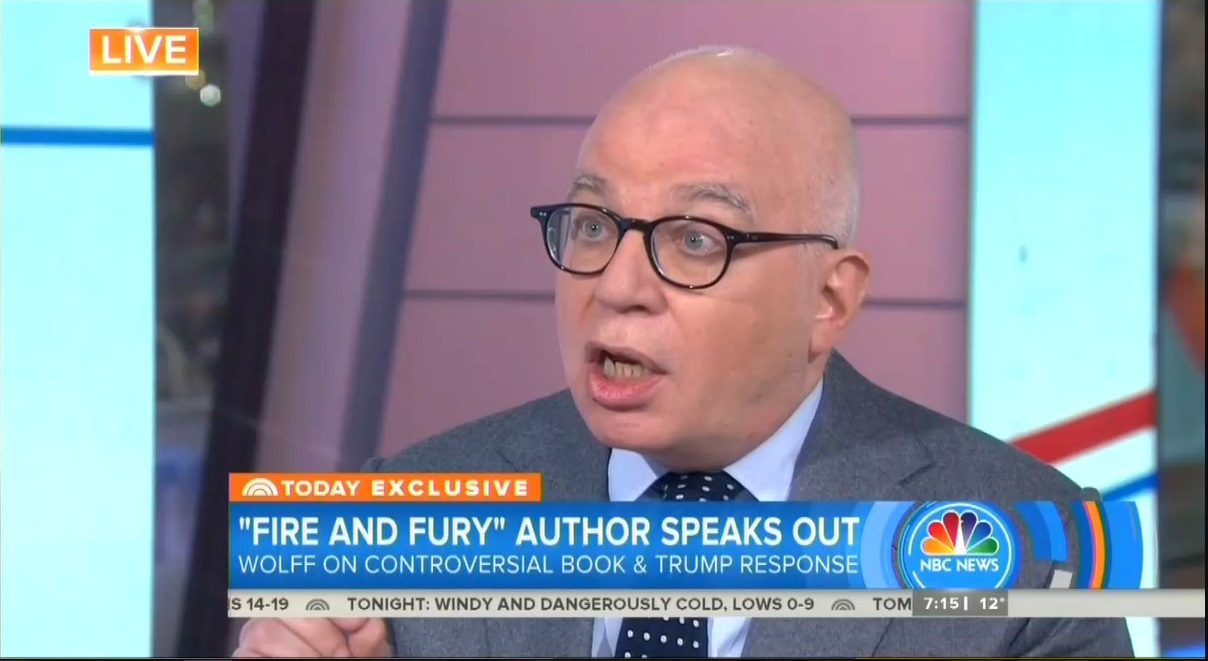 In an interview with BBC Radio on Saturday, Michael Wolff, the author of the dubiously sourced gossip book targeting President Trump, boasted to host Nick Robinson that “the story” that he told, “will finally end...this presidency” once and for all.

Wolff’s self-glorification was brought on when Robinson questioned the effectiveness of the book and wondered if it would help the Russia investigation in any way since that had a greater chance of getting rid of Trump.

“Now, all of this is fascinating, it’s an insight, it’s gossip some of it, it may not be enough to stop him from being president. Whereas, the allegations about Russia may be,” Robinson prefaced. “Do you believe that anything in the book will actually change the chances of the allegations of collusion with Russia being found to be true and therefore leading to the impeachment of the President?”

According to Wolff, his book was lifting the veil from people’s eyes and exposing the President for being a mentally unstable person unfit for office:

You know, I think one of the interesting effects of the book so far is a very clear emperor-has-no-clothes effect. That, the story that I have told seems to present this presidency in such a way that it says he can’t do his job. The emperor has no clothes. Suddenly everywhere people are going: ‘Oh my God, it’s true, he has no clothes.’ That’s the background to the perception and the understanding that will finally end this – that will end this presidency.

Wolff then discredited the positive effect Trump has had on the economy. “He hardly has a staff anymore, since most people have left the White House. And it may be that he will do nothing. The economy is booming possibly because you’ll have someone who’s not capable of actually implementing any policies or regulation,” he chided.

It’s truly chilling that Wolff thinks that his book “will finally end ... this presidency” especially when he has admitted that he doesn’t know if all the claims made in the book were actually true. But truth doesn’t matter to the liberal media when the goal is to attack and discredit this President.