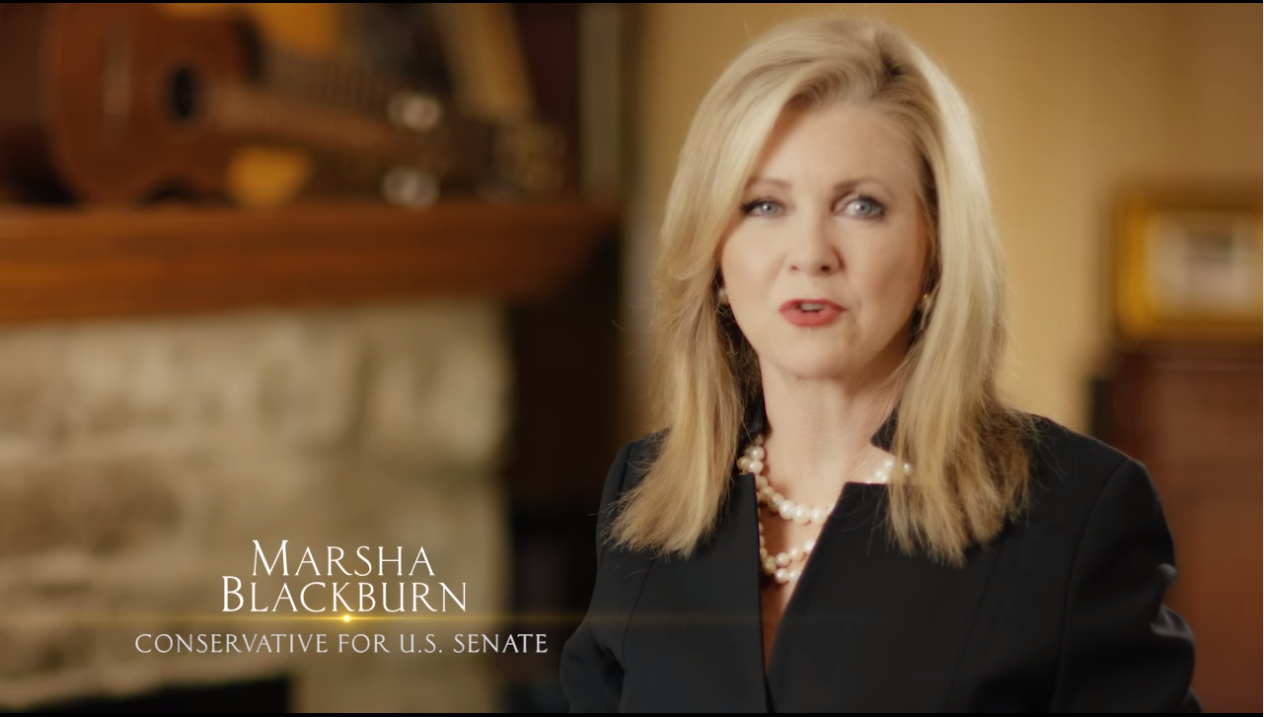 While the Big Three Networks (ABC, CBS, and NBC) were busy hyping up the feud between President Trump and Tennessee Republican Senator Bob Corker Monday evening, they blacked out Twitter’s targeting of the conservative woman looking to replace the retiring Senator. Earlier in the day, Twitter blocked the advertising for a campaign video posted by Marsha Blackburn and claimed it was “’inflammatory’ & ‘negative.’”

During the two minute and 43 seconds long campaign ad, which explained why she was running for the Senate, Blackburn touted just how pro-life she was. “I’m 100 percent pro-life. I fought Planned Parenthood and we stopped the sale of baby body parts, thank God.” According to Twitter, that part was the problem.

A spokesperson for the social media company told the campaign’s vendors that Blackburn’s talk of stopping the sale of baby body parts was “deemed an inflammatory statement that is likely to evoke a strong negative reaction.” And if the campaign wanted to be allowed to promote the advertisement, that part had to be taken out.

Unironically, Twitter’s own advertising policy declared that company “provides a platform for its users to share and receive a wide range of ideas and content, and we greatly value and defend our users' ability to express themselves.”

Clearly, Twitter’s standards are not universally applied in any sort of fair or even way. For instance: Singer Nancy Sinatra posted a tweet calling for all members of the NRA to be killed by a firing squad after the Las Vegas mass shooting, with absolutely no response from the company.

And since she had her video barred from being promoted, Blackburn had put out a series of tweets containing the video and asked her supporters to help spread the word. “Twitter shut down our video ad, claiming it's "inflammatory" & "negative." Join me in standing up to Silicon Valley … Retweet our message,” one of them read.

Another tweet exclaimed that “this is the video Twitter didn't want you to see. Watch it then retweet it to your followers. Don't let Silicon Valley censor Republicans!”

Also included in the barred campaign ad, was a message from Blackburn to her leftist detractors: “I know the left calls me a wingnut or a knuckle-dragging conservative. And you know what? I say that’s all right. Bring it on.”

The hypocrisy from the Big Three Networks on this censorship was staggering.

Recently, ESPN sportscaster Jemele Hill took to Twitter to assert that the President and his supporters were all white supremacists. And after the President called for Hill’s suspension or firing, the Big Three were up in arms with claims of First Amendment violations. And they were also dead silent when Hill’s coworker Linda Cohn was suspended for saying the company was too political.

Hill was eventually suspended, not for what she said about Trump but for threatening the company’s bottom-line when she Tweeted that her followers should boycott the advertisers for the Dallas Cowboys because of their new no kneeling policy (ESPN was one of them). Only NBC mentioned that on Monday night but hid it in a tiny news brief.