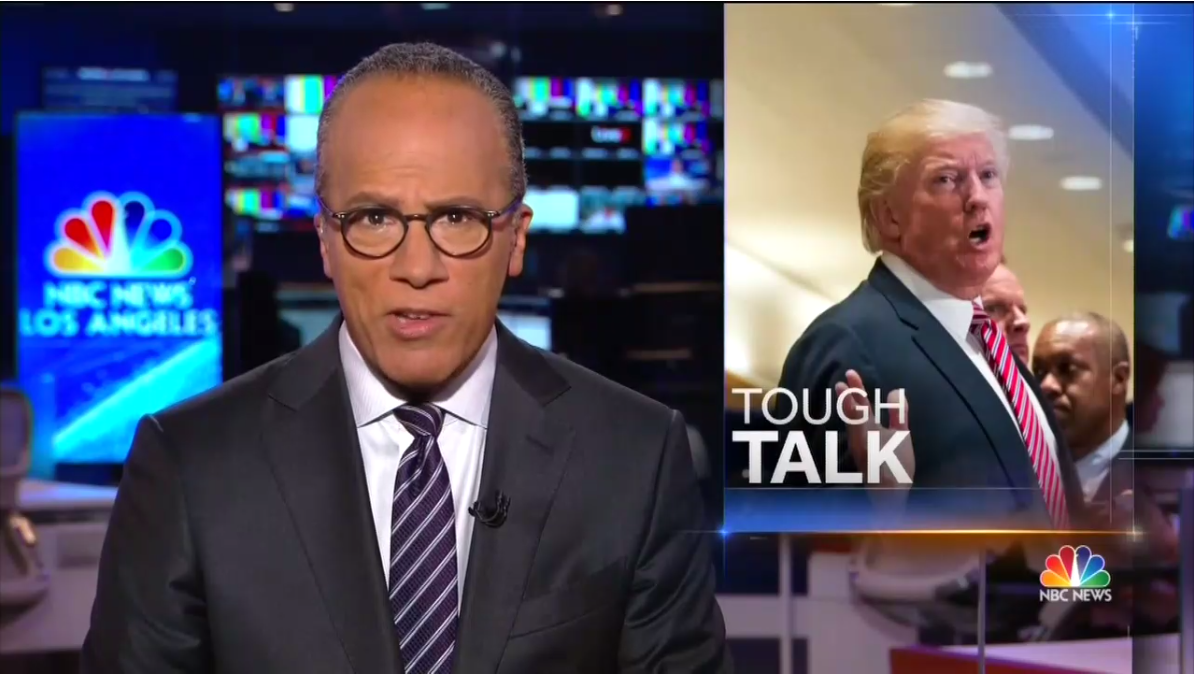 There was sad news out of Barcelona, Spain on Thursday as an apparent ISIS terrorist attack gripped the historic city. As of the writing of this piece, it had been reported that the vehicle attack had claimed the lives of 13 people and left over 100 injured. But despite the attack, and with suspects still at large, NBC Nightly News couldn’t find it in them to shake their Trump fixation. They actually gave Trump-related stories roughly 60 percent more coverage.

The network started off their evening broadcast with the Barcelona terrorist attack. That time was split between two segments: One about the attack in general, with second segment describing how difficult it was for law enforcement to prevent and defend the public from such attacks.

They immediately followed up their attack coverage with a litany of the latest developments in the President Trump/Charlottesville saga. This coverage was divided into three reports with the first hyping how the President was under fire on all sides. The next two reports dealt with the fall out of the Charlottesville violence: Tech companies cracking down on hate speech and the removal of Confederate monuments.

In contrast, NBC’s fellow members of the Big Three Networks (ABC and CBS) didn’t have such profound statistics.

CBS Evening News gave the terrorist attack six minutes and 41 seconds, which was comprised of three different stories ranging from the attack itself to the history of vehicles being used for terror. As for Trump related stories, they dedicated a solid seven minutes over three stores, a difference of 19 seconds. They highlighted GOP Senators rebuking Trump and mentioned a poll showing how 62 percent of Americans were in favor of keeping Confederate monuments.

ABC’s World News Tonight, unlike their competitors, was the only network evening broadcast to have inverse numbers. Over three reports, the network spent six minutes and 15 seconds covering the Barcelona terrorist attack. That’s compared to the three minutes and 29 seconds they gave to Trump related stories, of which they only ran one.