'With All Due Respect' Shows No Respect For Cruz Before Indiana 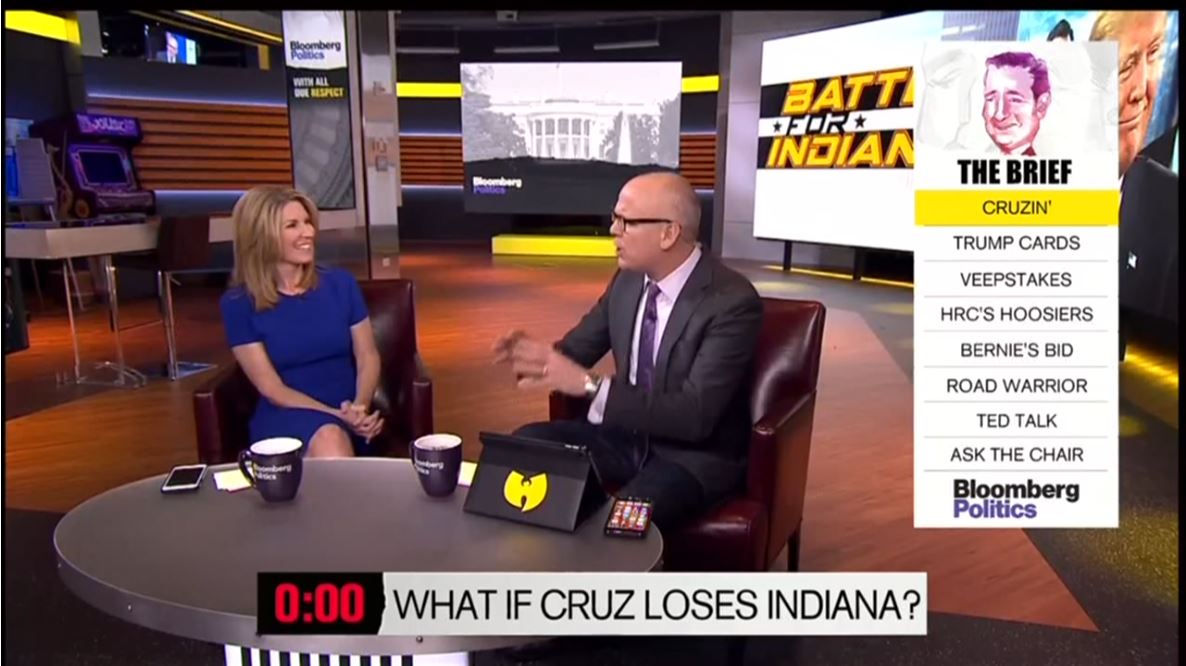 With the Indiana primary a day away the liberal media is franticly pushing the narrative that Ted Cruz is going to lose and Donald Trump is destined to be the nominee. “It's hard to think of Ted Cruz as a human being in the same week when Boehner called him Lucifer,” smeared Nicolle Wallace on Bloomberg’s With All Due Respect. Co-host of the show John Heilemann declared Indiana was the end of line for Cruz, “this was the last stand for the Never Trump movement.”

Wallace claimed that her experience in being a part of failed campaigns gave her unique insight to recognizing Cruz’s was failing, “I have been inside a campaign in their final days. And I think there are things you know and things you say, and I get the distinct impression watching Ted Cruz there.” Wallace claimed the election outcome was so obvious everyone including Cruz knows what’s coming, “I think he knows exactly what’s going to happen tomorrow.”

Heilemann threw the spin into overdrive by claiming Cruz could drop out of the race Tuesday night. “If it’s a shellacking tomorrow, if Trump wins by 15 points as the NBC/Marist/Wall Street Journal poll suggests, or more,” Heilemann heavily speculated, “It's not outside the realm of possibility that Cruz will quit, I think. Not outside the realm of possibility.” When a candidate like Cruz is saying that Trump is the same as Hillary Clinton it’s are to argue that he’s going to just surrender. Heilemann went on to claim that if Trump wins in Indiana he was going to win it all, “[Trump] is on a real glide path if he wins all of Indiana’s delegates tomorrow, which could happen.”

Wallace has a history of anti-Cruz and anti-Never Trump statements that date back months. In April alone she discredited his victories by saying he “loses by winning.” She also slammed Cruz’s ability to be a good father by saying his voice scares his two daughters. She also claimed that the Never Trump movement was somehow “illegitimate” because all the people in it didn’t run for president. She is also known for touting the Trump campaign.

NICOLLE WALLACE: Well, I think the political fallout is relatively obvious, right? Donald Trump hasn't had a bad Tuesday since Wisconsin. And Donald Trump keep rumbling on. But, I have been inside a campaign in her final days. And I think there are things you know and things you say, and I get the distinct impression watching Ted Cruz there, which was sort of a bizarre interaction with someone on the rope line. But he did a couple, I thought, rather strained interviews with Mike Pence, who gave the most half-hearted endorsement of the entire cycle.

WALLACE: When you clean up half-heartedness it ends up looking like half of half-heartedness, which is like quarter-heartedness which is just not good. But you know, it's hard to think of Ted Cruz as a human being in the same week when Boehner called him Lucifer –

HEILEMANN: In the flesh.

HEILEMANN: I think there’s no question. I think both the Cruz campaign and the Kasich campaign understand what is going on. I would not be totally surprised to see—if it’s a shellacking tomorrow, if Trump wins by 15 points as the NBC/Marist/Wall Street Journal poll suggests, or more. It's not outside the realm of possibility that Cruz will quit, I think. Not outside the realm of possibility. 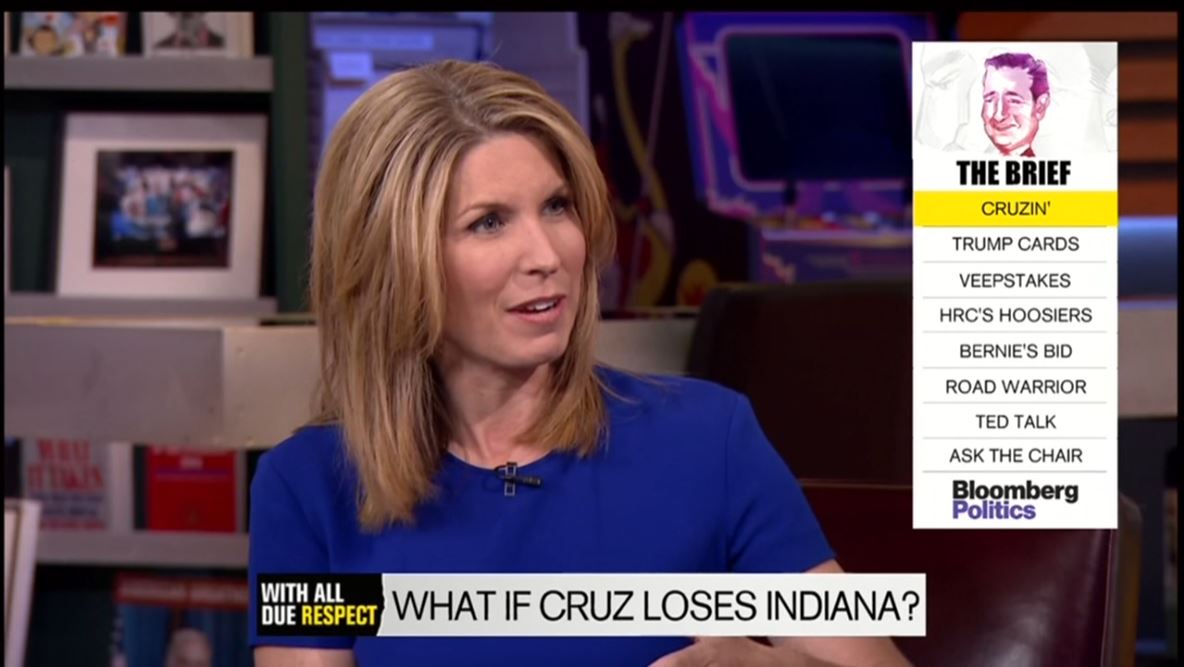 It becomes very hard, the math becomes very very hard for Ted Cruz to become—to stop Donald Trump from getting to 1237, let alone becoming the nominee. You know, Trump has-- is on a real glide path if he wins all of Indiana’s delegates tomorrow, which could happen. I don’t know, he may go on, but the whole race on Wednesday will look different. I mean wildly different, because Trump will get some endorsements that people don't expect and the race will look very much like it is over if this happens the way it looks like it’s going to happen tomorrow.

WALLACE: And I think Cruz and Kasich will have an impossible argument to make if Trump looks like he’s going to get to 1237. They were never going to win enough delegates to be the nominee. They were always going to stop him, but it doesn’t look like they’re going to be successful.

HEILMANN: And well you know, you then have Trump being able to make the geographic argument. This was the last stand for the Never Trump movement.