Join Us In Europe on the 2023 MRC Mediterranean Cruise! 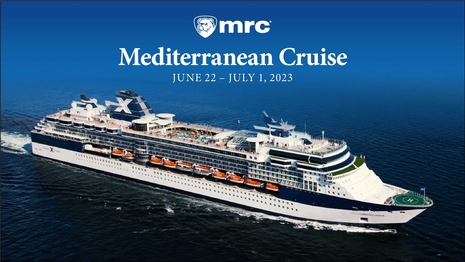 We have breaking Media Research Center news! After years of pandemic restrictions, the MRC Cruise is back on the schedule for 2023! This time it's an unforgettable nine-day cruise in Italy and Croatia. Our Celebrity Cruises ship, the "Constellation," launches from Venice on June 22, 2023. Check it out on MRCCruise.com.

It makes stops in Zadar and Dubrovnik, Croatia, as well as Naples, Portofino, and La Spezia, Italy, before ending in Rome on July 1. We've already recruited some of the best conservative thinkers in the country to come spend time with the MRC cruisers:

You'll get a chance to talk with all of them – as well as with other patriotic Americans from across the country – at a series of presentations and panel discussions reserved exclusively for MRC guests. There are question-and-answer sessions to hash out where the media world is headed. You'll also be able to socialize informally during shipboard activities, at dinner each night, and at MRC-only receptions.

Once again, the details: