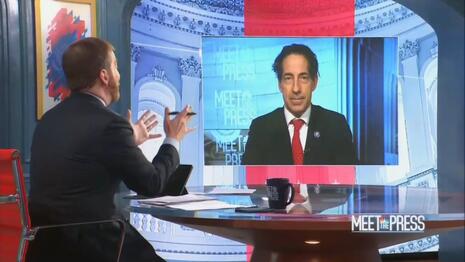 In the latest  of the NewsBusters Podcast, executive editor Tim Graham tackles the second doomed impeachment attempt against Donald Trump. The Democrats and the media were outraged that the Republicans didn't join them en masse in voting to convict Trump. They only secured seven instead of the necessary 17.

But the spin was furious. "I think it was a dramatic success in historical terms," claimed impeachment manager Jamin Raskin (D-Maryland) on Meet the Press. "It was by far the most bipartisan majority that's ever assembled in the Senate to convict a president, which has traditionally been a kind of partisan thing in American history.” But impeachments are very rare -- just four in American history, two in the last twelve months.

Evening-news specialist Nick Fondacaro joins the podcast to discuss the latest troubling twists and turns against Gov. Andrew Cuomo, and how the networks are trying to acknowledge (but only slightly) the growing scandal over his mismanagement (and then his misinformation) on coronavirus in New York.