Brent Bozell on Friday mocked the liberal media, saying journalists would have fainted if Barack Obama had saved the Carrier jobs that Donald Trump preserved. Appearing on Fox News, the MRC President also pointed out the hypocrisy of reporters who ignore the current Commander in Chief's remark that the positions would never be saved.

He reminded, “If I'm a journalist covering this issue, why am I not covering the fact that the President-elect succeeded? The President who is stepping down ridiculed him for this. That's a real story. And you're not going to see that covered anywhere. Fox had it, but nobody else had it.”

Bozell added, “He did that which Barack Obama ridiculed him for.... Anything [Trump] does is going to generate this kind of response from the press from here on out.”

The MRC president zinged, “If Barack Obama had done this before stepping into the White House, there would be smelling salts being passed all over New York City.”

A transcript of the Your World With Neil Cavuto segment is below: 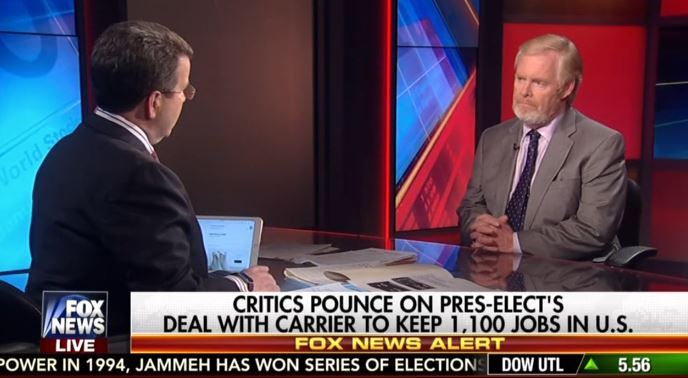 NEIL CAVUTO: This commitment that the President-elect got from Carrier and its parent, United Technologies to protect 1,100 jobs in Indiana. Those jobs would have gone away, period. They're not now. So net-net that's a positive, right? Well, depending on how you look at it and certainly read the headlines and the [Washington] Post’s reaction to all of this, you would think that he was Lucifer and he had just made a deal with the devil. Which is impossible for Lucifer to do with the devil because he is the devil, but I digress. The Media Research Center’s Brent Bozell is here and we're riffling through some headlines and thoughts that while the media praised this sort of thing when it was Barack Obama doing it, not so much when it’s the President-elect named Donald Trump doing it.

BRENT BOZELL: Yeah, and anything Donald Trump accomplishes is gonna be met with this. 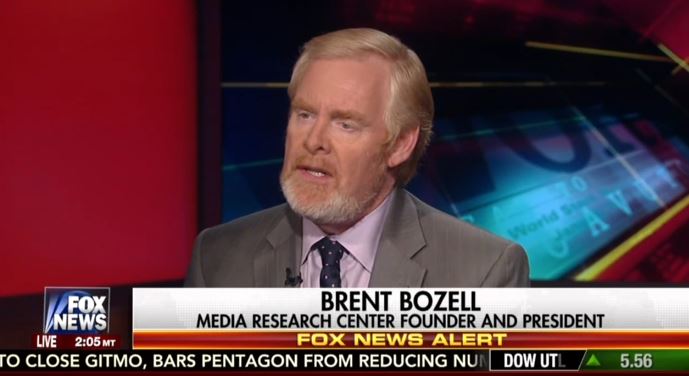 BOZELL: Well, absolutely, and that it really wasn't that great of an accomplishment. The other thing that's really interesting, in June of 2016 – that wasn’t that long ago – Barack Obama was asked about this and Barack Obama dismissed Donald Trump and this issue, saying it could never get done. He didn't have a plan. So, if I'm a journalist covering this issue, why am I not covering the fact that the President-elect succeeded. The president who is stepping down ridiculed him for this. That's a real story. And you're not going to see that covered anywhere. Fox had it, but nobody else had it.

CAVUTO: You know what's really bizarre to me here, and I understand the market purists who say don't interfere regardless of what president you are, right or left. But he saved 1,100 jobs. Those 1,100 folks are gonna have a Christmas now, they’re going to be able to look forward to better times when it looked pretty dire for them. So net-net, I mean, can we just, you know, say nice job?

CAVUTO: He just did here as President-elect.

BOZELL: That’s right, this is what they don't know what to do. This is why they don’t know how to handle this. I do believe in their hearts of hearts they believe this guy is a buffoon, this guy is not ready for primetime, this guy’s a fool. And what did he do right off the bat? He's not even president yet and he saved those jobs. He did that which Barack Obama ridiculed him for. So this is gonna – anything he does is going to generate this kind of response from the press from here on out. I’m telling you, for the next four years or eight years, if there's an accomplishment, they're just going to minimize it. They’re gonna say, “Well, Barack Obama did better,” even if he didn't. If he accomplishes –

CAVUTO: Yeah, it’s that old line that, you know, if the New York Times were around when, you know, Jesus was walking on water, they’d say, “Look, he got his feet wet.” But my question I had is –

BOZELL: Where do we go with that?

CAVUTO: I don't know, I just thought of it. But you know, one of the arguments the White House made, I think it was Josh Earnest, who said, “Well, let's see if he can keep doing this times 804,” to refer to the eight hundred some odd thousand manufacturing jobs that have been gained over the last eight years. And I immediately thought to myself, “Well, that's a fairly low bar.” If you’re talking about eight hundred some odd thousand jobs over the course of eight years, I think it's – that’s a do-able one to beat.

BOZELL: What does any one of those 1,100 people today think of Josh Earnest, who’s so dismissive of the fact that they have Christmas now? I just think there's this let-them-eat-cake attitude in Washington. And you have to understand, I was talking to some folks today, ultimately what the press doesn't understand is this was – what happened on election day wasn’t political. This was a cultural upheaval against people like Josh Earnest and their dismissive attitude. And the fact that President-elect Donald Trump reaches out to those people he promised whose jobs he would save and immediately does it, that's why he was elected by the people who elected him, to do exactly this. And I'm telling you, they're fist-pumping right now, they’re saying that's exactly why we put him into office.

CAVUTO: And by the way, if the President had done something like this, hats would be off to him. I mean, that's a remarkable accomplishment and just take a bow.

BOZELL: If Barack Obama had done this before stepping into the White House, there would be smelling salts being passed all over New York City.

CAVUTO: No, but I would also be saying if you call, as a president or president-elect, a CEO, in this case let’s say to remind them, “Before you do what you're doing, I'm going to cut taxes, regulations, give me time to do it,” there's nothing wrong with that.

BOZELL: No, and I like the idea that this wasn't a threat of a punishment, but in fact saying, “We're going to give you those weapons that are going to make you thrive in the United States.” And that's why what’s going to happen with the next the Treasury Secretary, with this plan that’s coming in, it’s gonna be an explosion of wealth in this country. I do believe it's gonna happen.