Media Research Center President Brent Bozell on Monday slammed the media as “100 percent in the tank” for Hillary Clinton and condemned CNN’s deceptive editing to help the Democrat. Appearing on the Fox Business network, host Ashley Webster played a clip of Clinton at a press conference using the word “bombing” in reference to Saturday’s terror attack. A reporter than attacked Trump for using the same word.

While covering the story, CNN cut out Clinton’s use of the word bombing. Bozell derided, “They are 100 percent in the tank for Hillary Clinton.” Webster played another clip of a reporter asking the Democrat if ISIS is trying to “drive” votes to Trump.

Bozell mocked, “I guess these terrorists have these make America great again that they are wearing again. It just goes beyond the pale, that this is a Trump rally going on except they blow up people now!” 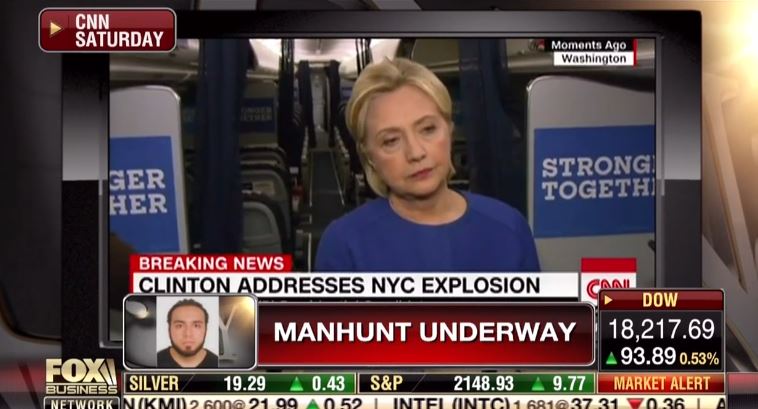 HILLARY CLINTON: I’ve been briefed about the bombings in New York and New Jersey and the stabbing in Minnesota. Obviously, we need to do everything we can to support our first responders as this investigation unfolds.

QUESTION: Do you have any reaction to the fact that Donald Trump, immediately upon taking the stage, called the explosion in New York a bomb?

CLINTON: Well, I think it is important to know the facts about any incident like this. That is why it’s critical to support first responders. 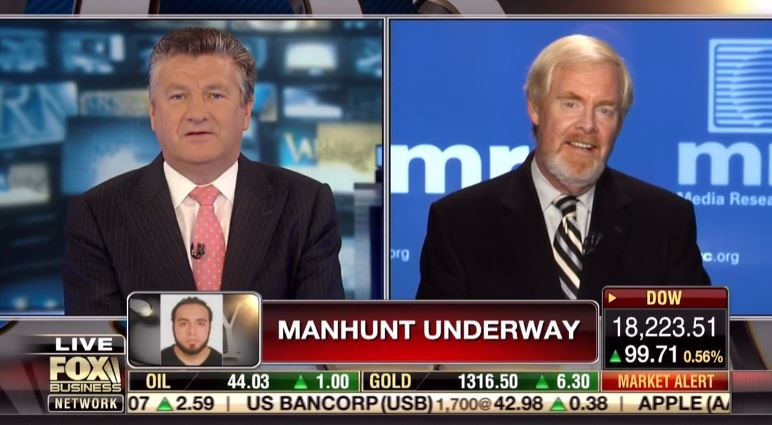 ASHLEY WEBSTER: So, wait a minute. I hope you caught all of that. It’s a bit difficult to hear someone talk on a plane. Donald Trump says we've just been informed about the bombings. Hillary Clinton comes out onto the plane and says “We've just been informed about the bombings in New York and New Jersey.” The first question from a member of the media: “There’s been criticism of Donald Trump for calling it a bomb before he knew what it was.” I just don't understand it. Let’s bring in Brent Bozell, Media Research Center President. If nothing else completely encapsulates the difference between covering Donald Trump and Hillary Clinton, there it is.

WEBSTER: He was right. It gets even better. Get this. CNN rears re-airs Hillary Clinton’s bomb statement. But guess what? They take out the word bomb completely. Roll the tape.

CLINTON: Obviously, we need to do everything we can to support our first responders. We have to let the investigation unfold.

QUESTION: Do you have any reaction to the fact that Donald Trump, immediately upon taking the stage, called the explosion in New York a bomb?

CLINTON: Well, I think it is important to know the facts about any incident like this. That is why it's critical to support the first responders.

WEBSTER: So, first we have CBS editing out Bill Clinton's “frequently has issues,” talking about his wife, to rarely. And now we have this. I mean, Brent, at some point you just really —  these are news organizations. But it's difficult when they do this kind of stuff.

BOZELL: They are 100 percent in the tank for Hillary Clinton. Look at how they attack Donald Trump on the birther thing. It was the New York Times that brought up John McCain in 2008 and his birther situation. It was media who brought up Ted Cruz. It was Sydney Blumenthal from Hillary Clinton that brought up Barack Obama and yet they hit Ted Cruz — or they hit Donald Trump on it relentlessly. Look, every reporter was there on that airplane. Every reporter, every network heard her call in a bombing and then one minute later take this gratuitous slap at Donald Trump and no one reported it.

WEBSTER: All right, Brent. Now, listen to this question. This is a reporter asking Hillary during her Q&A this morning in White Plains.

JENNIFER EPSTEIN: Are you concerned that this weekend's attacks or potential incidents in the coming weeks might be an attempt by ISIS or ISIS sympathizers or, really, any other group, maybe the Russians, to influence the presidential race in some way? And presumably try to drive votes to Donald Trump?

WEBSTER: Did Hillary write that question? How can you bring the Russians into this? I mean, that’s a stretch at best and it plays right into Hillary’s, you know, narrative that Donald Trump is a puppet of Putin?

BOZELL: Right. I guess these terrorists have these make America great again that they are wearing again. It just goes beyond the pale, that this is a Trump rally going on except they blow up people now!

WEBSTER: We haven't finished yet because there's so much material. President Obama talking about —

BOZELL: And it’s only Monday morning.

WEBSTER: And it’s only Monday. The gift that keeps on giving. President Obama talking about Fox News. He says, “Structurally we've become a polarized society and if all you're doing is watching Fox News and listening to Rush Limbaugh does a lot of the misinformation on a regular basis.” Now, what is interesting to me about that is that it’s well established, and this is being kind, about 95 percent of the media is liberal. They are giving Hillary a pass. And yet, here we have a president saying half the country is being fooled by Fox News and Rush Limbaugh.

BOZELL: A couple points on this. This is the first president, I think, in history who has ever singled out one network for relentless attacks. I don't think anyone's done that before. Secondly, what does he attack Fox? Because Fox is the only network that doesn't march lockstep with this administration and the candidate you're supporting. He cannot stand the fact that he cannot control the narrative that Fox News. Never mind Rush Limbaugh.

WEBSTER: It’s a very, very good point and I promise we won't edit any of that to make it change the meaning. Brent Bozell, I'm very sarcastic today. Thank you so much.