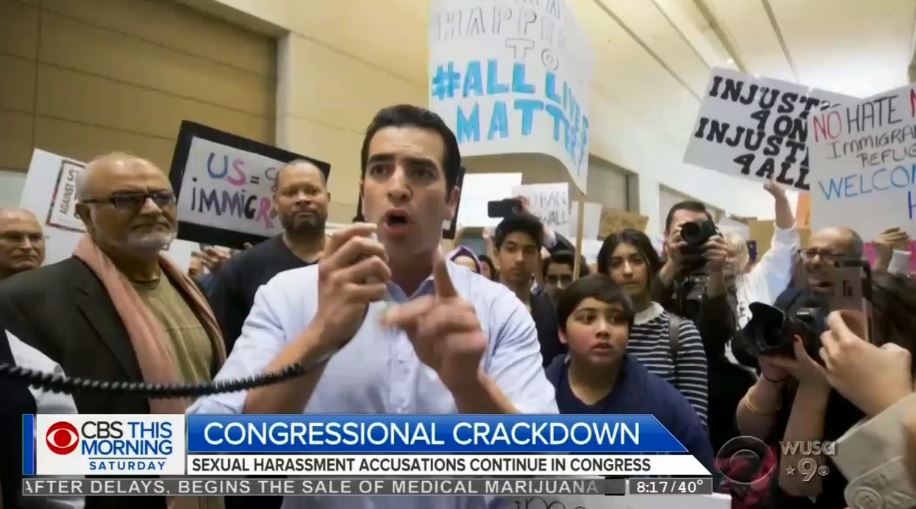 If even Nancy Pelosi thinks that sexual harassment accusations against sitting Democratic Congressman Ruben Kihuen are serious enough that he should resign, why haven’t ABC and NBC covered them at all?

Kihuen has been accused of making multiple sexual advances towards a campaign staffer in 2016 without her consent, including touching the staffer’s thighs. According to the accuser’s interview with BuzzFeed, Kihuen “propositioned her for dates and sex despite her repeated rejections.”

Yet so far, the morning and evening news shows on ABC and NBC have completely failed to even mention Kihuen. The CBS Evening News also hasn’t mentioned this story, while CBS This Morning gave it a whopping 15 seconds on December 2. As the MRC has highlighted before, this matches an ongoing trend by the networks to downplay Democratic scandals while hyping Republican ones.

The accusations against Kihuen came out in a BuzzFeed story on December 1. Pelosi called for him to step down the next day. Yet that dramatic step did nothing to excite the networks.

That’s not how they reacted to news of a harassment settlement involving a GOP congressman. On December 5’s NBC Today, Kasie Hunt ended a segment on accusations against now-retired Representative John Conyers with a roundup of other accusations in Congress, mentioning Texas Republican Blake Farenthold but failing to mentioning Kihuen. “This comes as Congress itself is wracked by these types of allegations. Representative Blake Farenthold of Texas, going to pay back a settlement, he announced yesterday, of $84,000 with a staffer who accused him of sexual harassment. This, of course, as Congress itself is grappling with policies that they haven't updated around sexual harassment for over 20 years.”

The same morning, Good Morning America anchor Robin Roberts tried to balance out her network’s segment on Conyer’s looming retirement by throwing in Farenthold: “But we know fully well that this controversy is hitting both sides of the aisle. A Republican is under fire for coming to a settlement with one of his former staffers?”

Farenthold’s scandals, as well as those of Roy Moore, Al Franken, John Conyers, and other public servants, are fair game. So why haven’t then networks given airtime for a Democrat caught in a similar misdeed?