Media Double Standard On Ethics: Coverage For Moore, Near Silence For Menendez 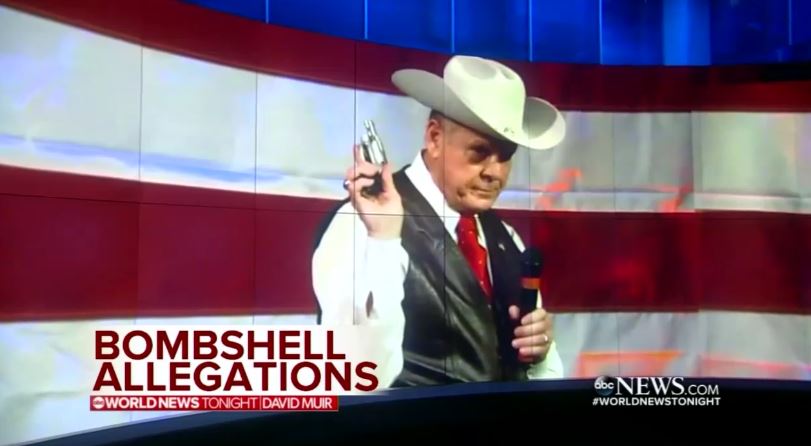 If there was any doubt about the liberal media's double-standard when it comes to policing politicians' character, the last 24 hours have made it clear: All three networks have given heavy coverage to the serious accusations against a Republican Senate candidate, while the ongoing federal trial of a Democratic Senator has been largely hidden from view.

Democratic Senator Bob Menendez from New Jersey has now been on trial for 65 days. Menendez has been charged with taking tens of thousands of dollars in bribes in exchange for political favors. Yet, in all that time, ABC World News Tonight, CBS Evening News and NBC Nightly News haven’t even mentioned the trial once. NBC’s Today also hasn’t covered this trial at all, while ABC’s Good Morning America and CBS This Morning have managed to give it one story each (1 minute, 48 seconds for ABC and 22 seconds for CBS).

In the past 24 hours, the same networks that couldn’t find a single second to mention Menendez in 65 days, spent 24 minutes and 36 seconds on serious allegations against Alabama Senate candidate Roy Moore. Since it’s too late to put another Republican on the ballot in Alabama, Moore’s potential indiscretions threaten to flip a Senate seat that used to belong to Attorney General Jeff Sessions from red to blue.

The jury has been deliberating Menendez’s fate since November 6. This is the first corruption trial of a sitting U.S. senator since 1981. On top of this, if Menendez is convicted and forced to step down before January 16, 2018, Republican Governor Chris Christie would appoint his replacement, flipping a Senate seat from blue to red.

The media are right to cover the allegations of child molestation against Alabama Senatorial Candidate Roy Moore. If these allegations are true, they are inexcusable and unforgivable, and voters in that state have a right to know about them. Yet, the same media outlets that have moments of clarity when it comes to Republican scandals and corruption turn a blind eye when the scandals and corruption come from a Democrat.