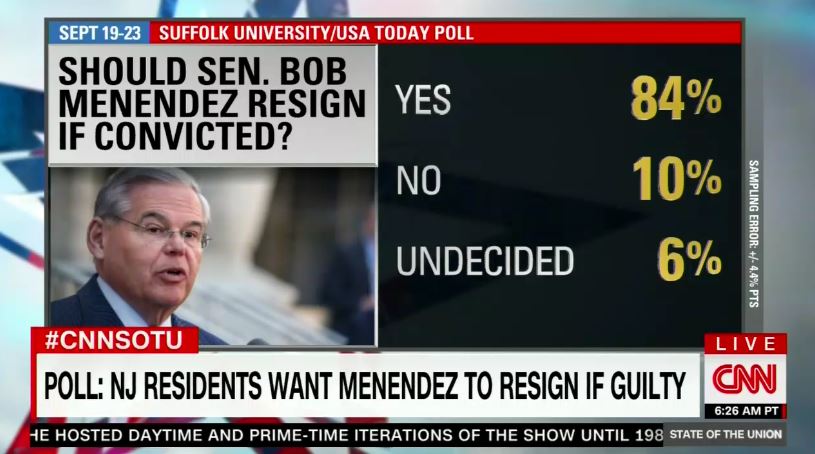 ABC, CBS and NBC evening news shows have not reported on the corruption trial of Democratic U.S. Senator Bob Menendez at all since September 6 when the trial began. The Senator from New Jersey is charged with accepting bribes from a wealthy friend in exchange for political favors.

But the networks aren’t opposed to covering political scandals – as long as the scandal doesn’t involve their political allies. On the night of October 30 alone, these three evening news broadcasts spent a total of 33 minutes and 9 seconds combined covering the indictments handed out by Special Counsel Robert Mueller. These indictments are obviously news, but the fact that the networks could spend more than half an hour in one night on this story and not a single second in nearly two months on Menendez shows a blatant bias.

In addition, the evening news shows have spent 1,000 minutes between January 20 (Inauguration Day) and October 20 discussing Russian attempts to meddle in the U.S. election, and the potential of collusion between the Trump campaign and Russia.

It’s not just the evening news either: the network morning shows also almost entirely skipped the Menendez scandal. NBC’s Today joined the evening shows in ignoring this story completely since the trial began, while ABC and CBS ran one story each (1 minute, 48 seconds for Good Morning America, 22 seconds for CBS This Morning).

This is the first time a sitting U.S. senator has been put on trial for corruption since 1981 (coincidentally, that case involved another New Jersey Democrat: Harrison Williams). Two other sitting United States Senators (Lindsey Graham and Cory Booker) were even called in to testify on October 30.

According to NorthJersey.com, 84 percent of likely voters in New Jersey think Menendez should resign from the Senate if convicted. That would leave it up to the currently-Republican New Jersey governor Chris Christie to replace him, potentially altering the balance of power in the Senate. But still nothing from the network evening news shows.