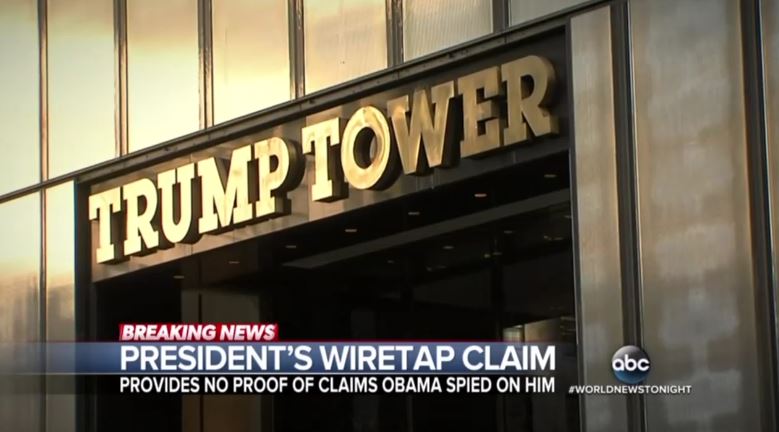 When President Trump made his claim that President Obama “wiretapped” Trump Tower during the presidential campaign, the media demanded evidence. Since Trump’s initial tweet on March 4, the evening news shows of ABC, CBS and NBC have called on the White House to provide more evidence a grand total of 123 times.

But when House Intelligence Committee Chairman Devin Nunes briefed the President, and the press, revealing that Trump associates’ names hadn’t been redacted from intelligence reports, the networks changed their tone.

According to Nunes, the Trump associates hadn’t been the target of surveillance. However, their conversations were picked up in the process, and then their identities weren’t masked as is usually the protocol with American citizens.

Nunes’s revelation didn’t prove the President’s wiretapping claims, but it did change the network news’s tone on releasing evidence. Before Nunes, the evening news shows were full of examples of demands for evidence to be made public. [see video compilation below]

“Is it appropriate to ask whether the President is having difficulty with rationality?” CBS Evening News anchor Scott Pelley asked on March 8. On March 6, NBC senior political analyst Mark Halperin said, “in case after case as a presidential candidate – even as President – Donald Trump has made outrageous claims with no obvious basis in fact.”

ABC senior investigative correspondent Brian Ross mused on March 4 that “because the President cited no proof, it is not clear tonight whether he based his allegations on top secret White House a briefing or whether it came from reading an article on the conservative Breitbart website.”

But after Nunes, the network journalists seemed less enthusiastic.

On CBS Evening News on March 22, foreign affairs correspondent Margaret Brennan said, “Nunes took the unusual step of briefing the press, then then President, before telling Adam Schiff, the top Democrat on the Intelligence Committee.”

At the end of a report on Nunes’s statement, ABC's World News Tonight fill-in anchor Tom Llamas noted that “a lot of Democrats are outraged with that statement.”

They sure are. And the top Democrat on the intelligence committee, Adam Schiff, said that Nunes is more concerned with defending Trump than leading the committee's investigation into Russian interference. He said today, Nunes needs to decide whether he is the chairman of an independent investigation or a surrogate of the white house, he cannot do both. And, as you remember, Nunes was a key player on the Trump transition.