The broadcast morning and evening news shows have spent 20 minutes and 18 seconds focusing on White House Press Secretary Sean Spicer’s comments about the size of Donald Trump’s Inauguration crowd. Meanwhile, when President Trump signed a far more consequential executive order that limits the penalties from the Affordable Care Act, the same networks spent only 1 minute and 39 seconds covering it – less than one-twelfth the coverage. 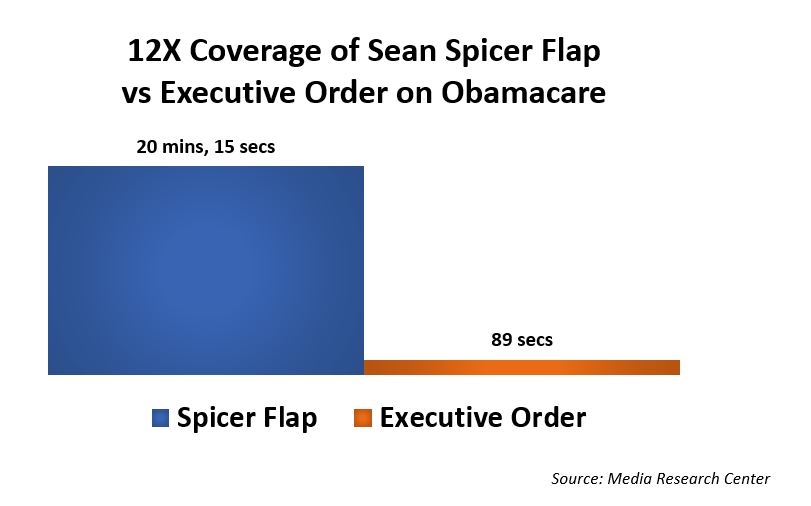 On Fox News’s MediaBuzz, the Federalist’s Mollie Hemingway pointed out the hypocrisy in the media suddenly turning into master fact checkers for this press secretary: “The media took it lying down for eight years when the press secretary, or other people in the Obama Administration, explicitly said false things about Benghazi, lied about the extent of the IRS targeting of conservatives, lied about cash transfers to Iran, bragged about making an echo chamber to pass the Iran deal, and had a president himself saying, repeatedly ‘if you like your health care plan you can keep it,’ a jazillion times, while millions of people lost their health care plan.

“A media that doesn’t push back against that type of falsehood for eight years, and then acts all upset about Sean Spicer talking about numbers, is not going to be taken seriously. At all.”