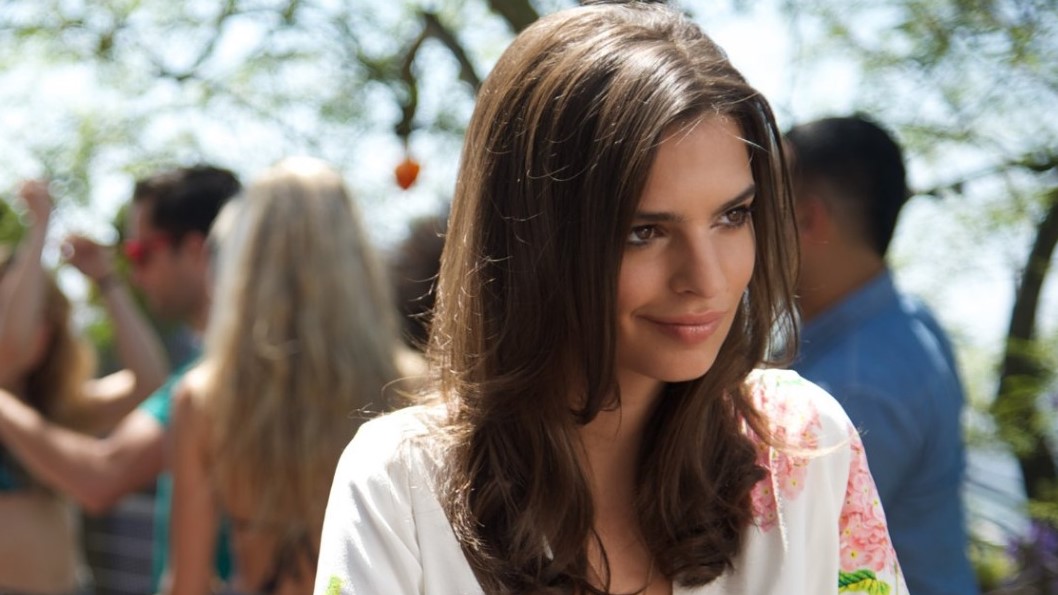 The New York Times scolded one of their own for having the audacity to refer to First Lady Melania Trump as a “hooker.”  The disparaging remark came from a reporter who happened to be sitting beside supermodel and actress Emily Ratajkowski at a New York Fashion Week event.  Ratajkowski did not appear amused and made the reporter’s remarks known by posting a series of tweets.  In one tweet, she called the "gender-specific" comment “disgusting sexist bull---t.”

The 25-year-old Sports Illustrated swimsuit model, who happens to be a Bernie Sanders supporter and Planned Parenthood promoter, tweeted "Sat next to a journalist from the NYT last night who told me 'Melania is a hooker.' Whatever your politics it’s crucial to call this out for what it is: slut shaming. I don’t care about her nudes or sexual history and no one should.” 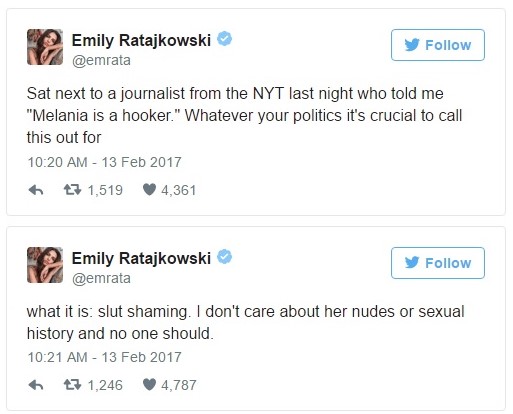 So which employee is it? A fashion writer like Vanessa Friedman? No one's telling.

The New York Times was quick to reprimand their anonymous offender, issuing the following statement to Politico:

“At a party last night, a Times reporter who does not cover Washington or politics, referred to an unfounded rumor regarding Melania Trump…The comment was not intended to be public, but it was nonetheless completely inappropriate and should not have occurred. Editors have talked to the reporter in question about the lapse.”

I’m guessing the New York Times didn’t want to get sued like the U.K. media company Daily Mail for publishing an article that included a groundless claim that Trump had once been a “high-end escort.”  Another defamation suit was recently settled with a blogger from Maryland who has since pulled a mea culpa and retracted the rumor as well as issuing a full length apology on his blog.