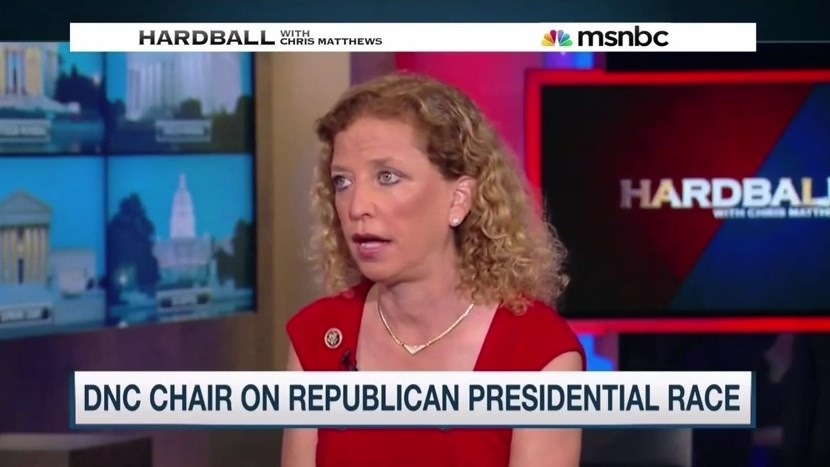 Matthews had Wasserman-Schultz on his show Thursday evening and when he the topic of Bernie Sanders came up, Matthews implied Sanders would embarrass the party by being too far to the left, that maybe they wouldn’t want him on prime-time national TV.  Matthews asked if Sanders lost the nomination, if there be a place for him to speak at the DNC convention.

Wasserman-Schultz lauded Sanders on his “progressive populist message” that some in the party like, but ducked the question.  It’s when Matthews asked Wasserman-Schultz the difference between a socialist and a Democrat that things got awkward:

MATTHEWS: What is the difference between a Democrat and a socialist?

MATTHEWS: I used to think there was a big difference… A Democrat like Hillary and a socialist like Bernie Sanders…What do you think?

She tried to answer, and when she couldn’t answer, she did what any liberal politician is good at doing – diverting the question by changing it around to fit their narrative.

WASSERMAN-SCHULTZ: The relevant debate that we’ll be having over the course of this campaign is what’s the difference between being a Democrat and being a Republican…

She couldn’t answer the question.  Instead, Wasserman-Schultz chose to answer her own question: "The difference between a Democrat and Republican is that Democrats fight to make sure everybody has an opportunity to succeed and the Republicans are strangled by their right-wing extremists…”

Wasserman-Schultz couldn’t answer the question because if she did, and she most certainly knows the difference between a socialist and a democrat (there is none these days), it would show the Democratic Party embraced socialism and they might look too estranged from the center.