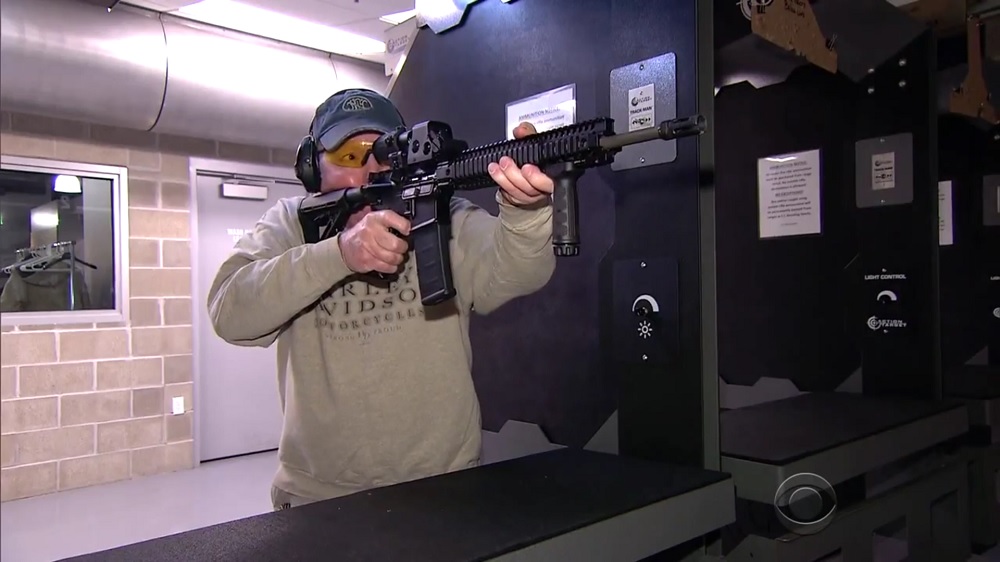 However, the program merely read an excerpt from a NRA statement responding to the corporate moves. Hours later, All Things Considered turned to two gun control supporters — California state treasurer John Chiang and Avery Gardiner of the Brady Campaign to Prevent Gun Violence — during a segment on the anti-gun manufacturers campaign. The evening newscast followed its sister program's lead in leaving out gun rights suppporters from the report.

Morning Edition host Rachel Martin introduced correspondent Amy Held's report by noting that "the NRA is feeling some financial consequences after the mass shooting in Parkland, Florida." Held first outlined that "First National Bank of Omaha got the ball rolling on Thursday....Then more major national brands hopped onboard. Rental car companies Enterprise and Hertz; airlines Delta and United; and insurance company MetLife all said they would no longer offer discounts to NRA members."

The NPR journalist continued with back-to-back excerpts from Watts. The liberal talking head first touted that "this is the first time we have seen companies publicly turn against the NRA in such a rapid amount of time and in such a huge amount of numbers." Held interjected that "Watts, founder of Moms Demand Action for Gun Sense in America, has been among those turning up the Twitter heat on companies. She says going after their bottom line is a powerful tool." Watts added by underlining that "that's capitalism. You can show companies you want them to reject a toxic, dangerous, deadly organization."

Held also pointed out that "while many social media users applauded the companies for severing NRA ties, supporters of the group said they would in turn be boycotting the companies." However, she continued by turning to University of Pennsylvania Professor Maurice Schweitzer, who emphasized that "there are more people that are activated and agitated and upset about the NRA's influence" in the wake of the recent school shooting in Florida.

The correspondent ended the segment by reading the excerpt from the NRA statement herself, instead of finding a gun rights activist to speak: "In a statement, the NRA called the company's moves a shameful display of political and civic cowardice that will not scare nor distract a single NRA member."

Later in the day, All Things Considered host Ari Shapiro led into reporter Yuki Noguchi's report by highlighting that "many teachers across the country are calling on their state pension funds to sell their stakes in gun manufacturers...they don't want their retirement money invested in these companies. But many people — including those sympathetic to the cause — doubt that divestment will bring about the policy changes activists seek."

Noguchi wasted little time before playing the sound bite from Treasurer Chiang, who is "urging pensions across the country to sell off their investments in gunmakers and gun retailers." She failed to disclose that Chiang is a Democrat. The California politician hyped that the divestment efforts "could make a clear and powerful signal that the action by Congress is heartless. It's imponderable, and there are people who want to make sure that kids aren't losing their lives."

The NPR correspondent then featured three straight clips from Christopher Ailman, the chief investment officer of the retirement fund for teachers in California. Ailman detailed how his fund previously divested from gun manufacturers, coal companies, and tobacco corporations, but it had little to no impact on these industries: "I care about many of these issues personally very deeply, and want to bring about social change. And I just am frustrated that activists are wasting their time focusing in on this as a mechanism, when it's not effective."

Noguchi introduced her two sound bites from Gardiner of the Brady Campaign by noting that the activist claims that "the #BoycottNRA campaign is a start, but thinks it should include a broad consumer boycott of retailers that have lax policies on gun sales." The pro-gun control leader disclosed her next targets: "If Big 5 or Camping World or DICK'S Sporting Goods won't adopt sensible practices related to selling guns, then people shouldn't buy their soccer cleats and footballs and other equipment at those stores either."

Near the end of her report, the journalist cast some cold water on the divestment campaign. She noted that "few pensions" have decided to follow the lead of the teachers in California, and turned to Alex Brown, a research manager for the National Association of State Retirement Administrators. Brown stated that "the markets today are global. And generally, for every seller, there's a willing buyer."

The transcript of Amy Held's report from the February 26, 2018 edition of NPR's Morning Edition is available here; while the transcript of Yuki Noguchi's segment from All Things Considered on the same day can be read here.