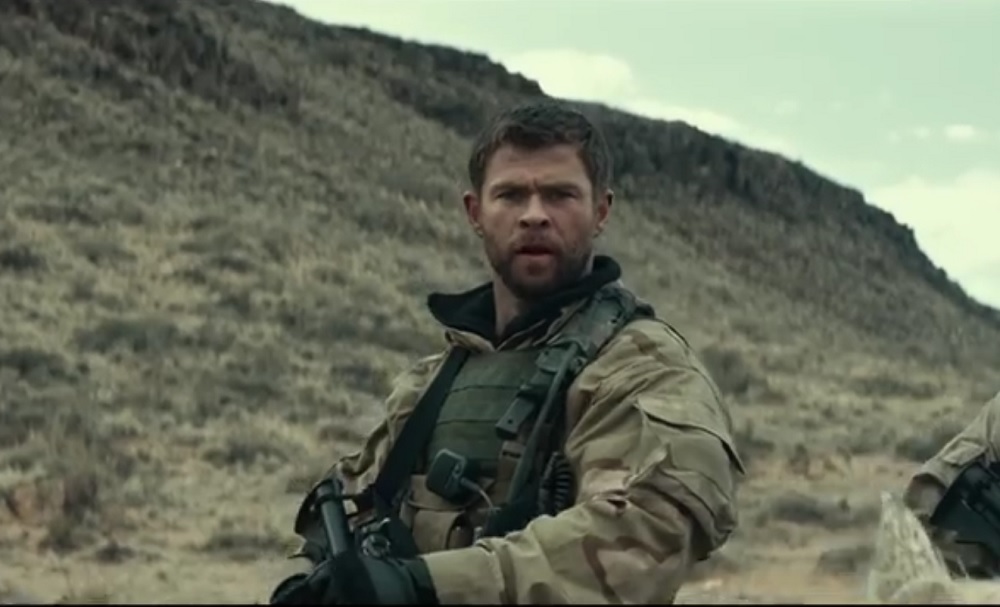 The Intercept's Peter Maass lamented on Saturday that the war film 12 Strong is just latest example of "problematic" Hollywood productions that "model a cliched form of masculinity that veers from simplistic to monstrous."

Maass, a former journalist for the New York Times, lobbied the movie industry to "turn away from war movies that...perpetuate a model of masculinity that does violence to us all." He later asserted that many of the successful miltary-centric films were "masculine nonsense."

The writer first used the Hollywood sexual harassment/assault scandals as a jumping-off point to launch his attack on war films — or, as the headline put it, his "War Against War Movies That Glorify Outdated Models of Masculinity." Maass cited a recent report that indicated that "in the wake of the Harvey Weinstein scandal, studios are steering clear of sex." He emphasized that "this reckoning is long overdue. And it can be extended to another genre that has distorted how men behave: war movies."

Maass contended that the bulk of the films in this genre are "problematic," and he explained that "some of the biggest war movies of the post-9/11 era don’t just show violence in ways that are often gratuitous and occasionally racist. They model a cliched form of masculinity that veers from simplistic to monstrous." The Intercept journalist zeroed in on 12 Strong as his primary example: "You can see Rambo and John Wayne return to life in the latest war blockbuster, '12 Strong'....the movie's pivotal scene....checks off one born-in-Hollywood cliché after another: of the rugged gunslinger, the warrior in camo, good versus evil, the modern vanquishing the profane, a man at his fullest."

The reporter also pointed out that had previously "gone to bat against American Sniper, Zero Dark Thirty and 13 Hours" over their "real-world impact." He underlined that "movies can create or reinforce narratives of history and gender that influence what people think and what they do. Boys and men develop their notions of masculinity from a variety of sources that include the films they watch." He then dropped his call to the film industry: "The time has come for Hollywood to turn away from war movies that, while satisfying to both a studio's bottom line and a flag-waving concept of patriotism, perpetuate a model of masculinity that does violence to us all."

Maass later spotlighted another recent war-themed movie as an alternative to productions like 12 Strong: "The best war film of the last year, Thank You for Your Service...quietly focuses on the troubles of a group of soldiers after they come home from a deployment in Iraq. The film has only two battle scenes, and both are excruciating to watch because their violence is frightening rather than glorious....the John Wayne style of masculinity that these men might have aspired to emulate is shown to be an artificial and harmful construct."

Near the end of his piece, the New York Times alumnus reported that "12 Strong earned nearly twice as much in three days as Thank You for Your Service has earned in three months." He asked a rhetorical question in the wake of this detail: "Who is at fault for the lucrative war chum that Hollywood tosses into our Saturday nights – the movie studios or the movie-goers who love to consume this masculine nonsense?"

In Maass's view, both parties are to blame. However, he concluded that there could be change on the horizon, and he returned to his first point about the apparent shift away from sex in Hollywood: "Let's examine the greater power of producers, directors, and actors, because their choices are so influential....I realize it might be absurd to think that somehow these filmmakers (surprise — they're mostly men) can be persuaded to reconsider before doing it again. The only thing that might be more ridiculous to imagine is the movie industry turning away from films that objectify women...So yes, there is hope."