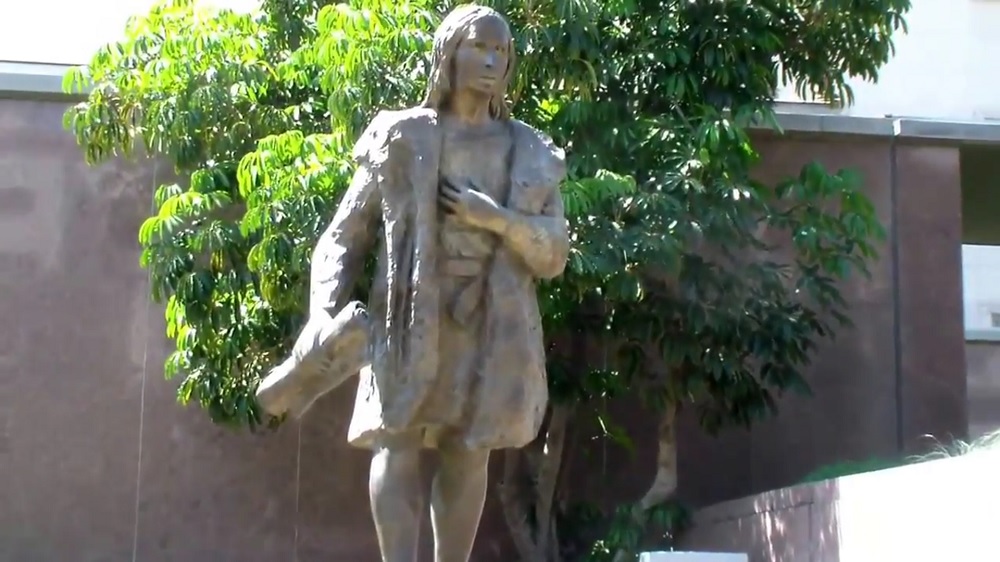 Samantha Schmidt's Thursday item for The Washington Post played up how the Los Angeles City Council voted on Wednesday to rename Columbus Day as "Indigenous Peoples Day." Schmidt boosted a wild statement from the proposal's sponsor, Councilman Mitch O'Farrell, who denigrated the holiday: "As statues aggrandizing the Confederacy topple across the South, so too should this symbol of oppression and genocide." The article's title trumpeted a message similar to O'Farrell's: "In Los Angeles, Columbus Day is toppled like a Confederate statue."

The correspondent first summarized the city council's "nearly unanimous decision...[which] added Los Angeles to a growing list of U.S. cities to adopt similar measures, eliminating a holiday that many Native American activist groups and others see as offensive." She continued with her first quote from Councilman O'Forrell: "The historical record is unambiguous in documenting the horrors Christopher Columbus and his men exacted on the native peoples he encountered,” Councilman Mitch O’Farrell, a member of the Wyandotte Nation, said in a statement."

Schmidt noted that "the move to rename the holiday faced fierce opposition from Italian Americans who see Christopher Columbus and his arrival in the Americas as an important part of their culture." However, she didn't quote from the councilman who cast the sole no vote on the proposal until the 17th paragraph of her report. Instead, she set up O'Farrell's likening of the renaming of Columbus Day to the dismantling of Confederate monuments.

The movement to oust Columbus Day also comes as cities and states nationwide are taking down Confederate statues, which many see as symbols of hate and oppression. The national debate over Confederate monuments heightened earlier this month after a deadly white-supremacist rally in Charlottesville.

O'Farrell compared these efforts to his proposal to replace Columbus Day.

"As statues aggrandizing the Confederacy topple across the South, so too should this symbol of oppression and genocide," he said in a statement.

The Post writer also pointed out that "activists across the country have made calls to take down statues of Columbus, such as New York City's famous Columbus Circle statue. New York Mayor Bill de Blasio, a Democrat, faced backlash from the city's large Italian American population for refusing to rule out removing the statue....Meanwhile, a statue of Columbus in Yonkers, N.Y., was found beheaded this week."

After setting aside five paragraphs to actions by other cities and states related to Columbus Day, Schmidt finally detailed that "Wednesday's decision came after an emotional, at times heated debate that pitted two city councilmen against each other — O'Farrell, who has close ties to his Native American roots, and Joe Buscaino, who is a first generation Italian American.

Buscaino, whose parents moved to the United States from Sicily, was the lone 'no' vote." The dissenting councilman underlined that "wiith or without Columbus, Italians will continue to celebrate their sacrifices and contributions to this great country and this great city."

The correspondent also included an excerpt from Ann Potenza, the head of the Federated Italo-Americans of Southern California: "On behalf of the Italian community, we want to celebrate with you...We just don't want it to be at the expense of Columbus Day." She quickly followed it, however, with another quote from Councilman O'Farrell, which concluded her report:

"We discovered Columbus, lost on our shores, sick, destitute, and wrapped in rags. We nourished him to health, and the rest is history," Means said. "He represents the mascot of American colonialism in the Western Hemisphere. And so it is time that we change a myth of history."