Salon: The U.S. Has A 'Neo-Confederate' National Anthem 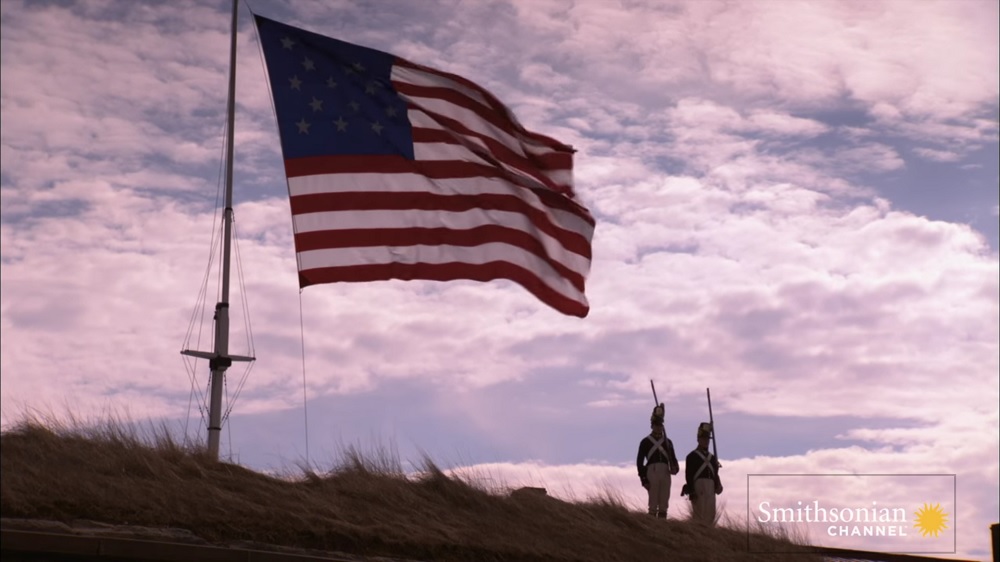 On Sunday, Salon's Jefferson Morley contended that the United States adopted the "Star Spangled Banner" as its national anthem due to an ascendant "neo-Confederate spirit" during the decades after the Civil War. Morley played up that "observing Memorial Day and singing 'The Star-Spangled Banner' are uncontroversial patriotic gestures, yet there is no disputing that neo-Confederates developed these rituals."

However, the author glossed over the military's significant contribution to the popularization of the song, along with the role of a major veterans' group that helped get the tune officially adopted as the national anthem.

Morley first outlined in his item, "It is time to examine the words and the origins of our national anthem, another neo-Confederate symbol," that the ongoing controversy over Confederate monuments is part of a "the popular repudiation — and violent defense — of the neo-Confederate ideology that has shaped the symbols of American public life for the last 150 years. Some of these symbols now draw protests, while others are woven into public life."

After briefly touching on the supposed "neo-Confederate" character of Memorial Day and the National Anthem, the Salon/AlterNet writer set up his main attack on the "Star Spangled Banner" by noting how a statue of Supreme Court Chief Justice Roger Taney in Annapolis, Maryland had recently been taken down due to the legacy of his decision in the Dred Scott case.

Morley pointed out that during his time as attorney general under President Andrew Jackson, Taney had worked with Francis Scott Key (the author of the words of the national anthem), who was the district attorney in Washington, D.C. During his tenure, Key prosecuted "a New York abolitionist for sedition because he kept a trunkful of anti-slavery publications in his Georgetown home."

The writer, who wrote a book about Key, also emphasized that the "'Star-Spangled Banner,' with its lyrics deriding black people who took up arms to gain their freedom in the War of 1812, became a point of pride for Southerners." However, there is a debate among historians over the intentions of the lyrics in question, which show up the rarely-sung third stanza ("Their blood has washed out their foul footsteps' pollution. No refuge could save the hireling and slave, From the terror of flight, or the gloom of the grave."). Critics zero in on the fact that Key was a slave owner, while others note that the lyricist never told anyone what he meant by the line.

Morley then detailed the debate between supporters and opponents of "The Star Spangled Banner" during the decade before its adoption as the national anthem in 1931. He pointed out that "pacifists, liberals, and African Americans resisted elevating Key’s stirring song because they objected to its militaristic and racist overtones. Confederate sympathizers responded by taking their cause to Congress."

He spent much of the final portion of his column making the case that "neo-Confederates elevated 'The Star-Spangled Banner' from patriotic tune to national anthem as a way of honoring southern slaveowners' rebellion."

The Salon writer made a glaring omission, however, in his piece (as well as in an item from 2013 about how "southern sympathizers decided our national anthem"). Decades before his examples of "neo-Confederates" supporting the piece, the U.S. military had gradually adopted the "Star Spangled Banner" as an official piece of music.

In 1889, Secretary of the Navy Benjamin F. Tracy (a native of New York and Medal of Honor recipient during the Civil War) ordered that the song be played at flag raisings for the military branch. Colonel Caleb Carlton started the tradition in the U.S. Army of playing the song at the daily lowering of the flag at Fort Meade, South Dakota in 1892.

Morley also didn't mention that the Veterans of Foreign Wars (VFW) actively lobbied to get the "Star Spangled Banner" officially recognized as the national anthem. The veterans' organization got five million people to sign a petition in support of the piece's adoption. The VFW endorsed a bill sponsored by Maryland Rep. Charles Linthicum, but its passage "stalled on the House floor because of the objection from a Mississippi representative."

Near the end of his piece, the Salon writer disclosed that "we don't need to junk the national anthem the way we need to junk the 'justice' of Roger Taney." If the United States ends up changing its national anthem, however, it shouldn't be because of a slanted leftist narrative that leaves out large chunks of the history of the two-hundred-year-old song.