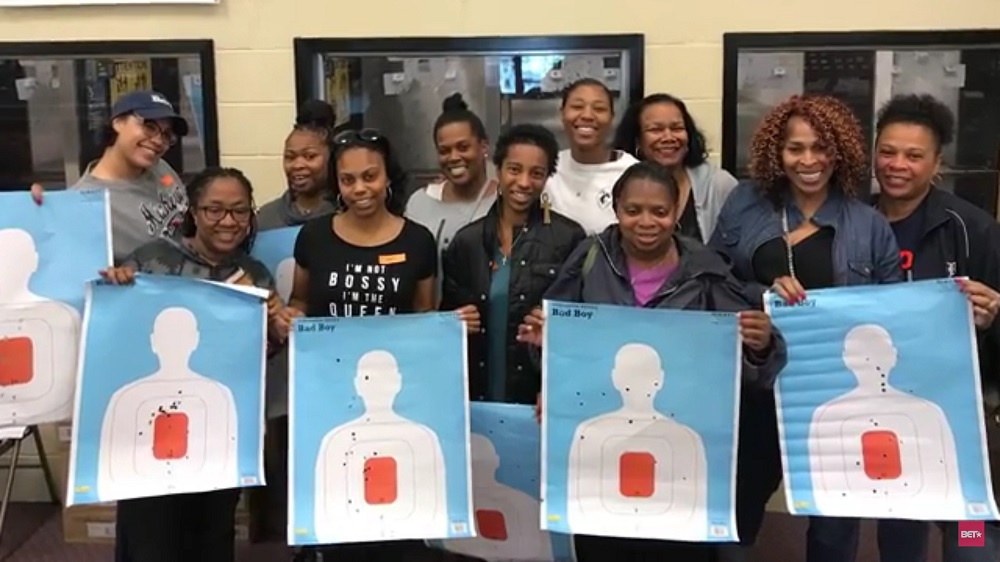 On Monday, Lisa Marie Pane of the Associated Press refreshingly filed a positive report on gun ownership, which detailed how a National Guard veteran trains her fellow African American women to use firearms in self defense. Pane spotlighted how "Marchelle Tigner is on a mission: to train at least 1 million women how to shoot a firearm." She also noted that "Pew surveys in recent years have shown a growing acceptance of firearms among African-Americans."

The journalist first zeroed in on an unidentified adult student's concerns about using a gun to kill an attacker: "Sitting in a classroom above a gun range, a woman hesitantly says she isn't sure she could ever shoot and kill someone, even to protect herself. Couldn't she just aim for their leg and try to maim them?" Tigner replied by underlining that "self-defense is not about killing someone, but is instead about eliminating a threat," according to the correspondent.

Pane continued by disclosing the self-defense instructor's experience in the National Guard and her past experience as a victim: "She [Tigner] had spent no time around guns before joining the National Guard. Now, as a survivor of domestic violence and sexual assault, she wants to give other women of color the training she hadn't had." The veteran underlined, "It's important, especially for black women, to learn how to shoot."

The AP correspondent pointed out that "a study by the Pew Research Center released this month indicated that just 16 percent of “non-white women” identified themselves as gun owners, compared with about 25 percent of white women." Interestingly, she also cited "a recent study by gun-rights advocate and researcher John Lott showed that black women outpaced other races and genders in securing concealed carry permits between 2000 and 2016 in Texas, one of the few states that keep detailed demographic information."

Pane then turned to Philip Smith of the National African American Gun Association, who founded the pro-Second Amendment group "to spread the word that gun ownership was not something reserved for whites." Smith revealed, "I thought it would be the brothers joining." However, the gun rights activist "found something surprising — more black women joining, most of them expressing concerns about living either alone or as single parents and wanting to protect themselves and their homes."

Smith later surmised that "politics also have emerged as a reason why he finds more blacks interested in becoming gun owners." He contended, "It seems to me it's very cool to be a racist right now, it's in fashion, it's a trend." Pane also highlighted that "the shootings of black men and boys around the country have left Smith and others concerned that racism can make a black person a perceived threat, even when carrying a firearm legally."

Near the end of her article, the Associated Press correspondent detailed a session of Tigner's self-defense class. She spotlighted how one attendee, Jonava Johnson, revealed that "it took her a long time to decide to get a gun. For years she was afraid of them after an ex-boyfriend from high school threatened her and shot and killed her new boyfriend in front of her. Flash forward about 30 years and her daughter was sexually assaulted in their home." Johnson underlined, "I hope I never have to kill anybody, but if it comes down to me or my children, they're out."