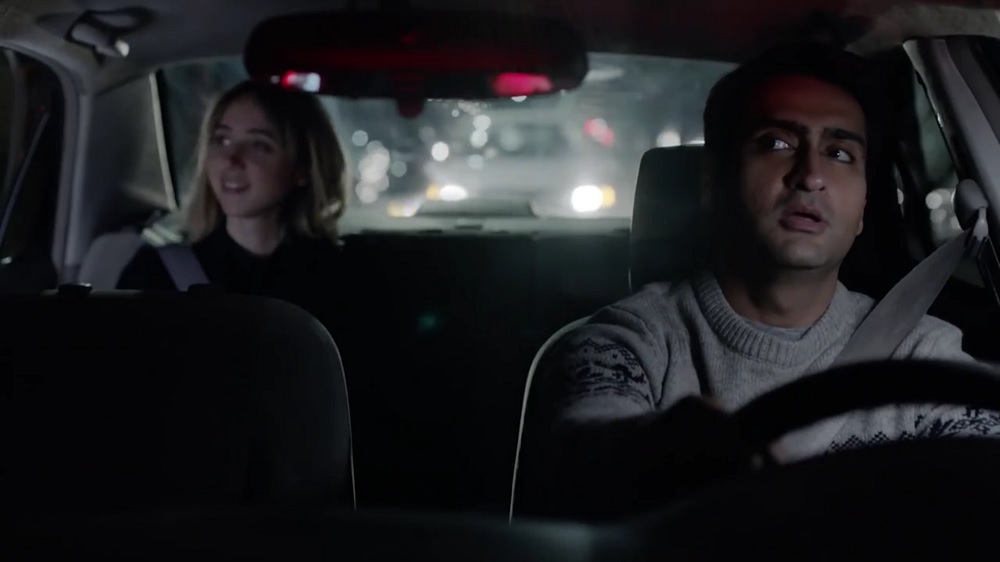 Aditi Natasha Kini blasted Hollywood portrayals of interracial couples in a Thursday item for the feminist website Jezebel — specifically, the multimedia artist singled out two movies about "a brown man wanting to date a white woman." Kini asserted that the comedian creators of the two films produced "masturbatory fantasies that give brown men the vantage point of a white male cinephile." The writer singled out these movies for their depictions of "brown" women as "caricatures...and/or the butts of a joke." She contended, "Representation isn't a checklist, or an excuse for exclusion of more minoritized people. 'Representation' like this furthers white supremacy."

Kini first pointed out in her provocatively-titled piece, "I'm Tired of Watching Brown Men Fall in Love With White Women Onscreen," that one of the films, "The Big Sick," had received many positive reviews, and "not without good reason: it's a funny, heartwarming love story based on the true-life experiences of cowriters/married couple Kumail Nanjiani and Emily V. Gordon." She continued with her first sharp critique: "But as much as I liked it—and I did—I also found myself exhausted, yet again, by the onscreen depiction of a brown man wanting to date a white woman, while brown women are portrayed alternately as caricatures, stereotypes, inconsequential, and/or the butts of a joke."

The Jezebel writer, who, to no one's surprise, recently directed a music video about white privilege, quickly acknowledged that her argument was subject to its own criticism. However, she pressed ahead with her complaint that the protagonists of the two films fell in love with white women:

I know, I know: isn’t it progress to see Asian men get the girl for once, instead of stand-in as a prop, token or joke? Sure, it's great that Hollywood is putting its money behind narratives with brown men at the helm, as in The Big Sick and Master of None. But both also center white women as the love interest—a concept which, in the complex hierarchy of power and race in America, pays lip-service to the one notion that has shaped the history of South Asian and American culture alike: Whiteness as the ultimate desire, the highest goal in defining oneself as an American....

Kini noted that "onscreen Asian men have been depicted coveting or romancing white women through the ages." She then underlined that "it seems that directors and writers have sought to solve a lack of Asian representation onscreen by casting Asian men opposite white women—but that tack almost inevitably erases interracial relationships between people of color." The artist added, "In choosing an Asian man, these white women also symbolically reject all the white men who have oppressed Asian men for centuries. And by earning white love, the Asian man gains acceptance in a society that has thwarted them from the very beginning."

After launching her inflammatory "white supremacy" attack on "The Big Sick" and "Master of None" later in the piece, the writer lamented that "the fact that writers' rooms do not currently seem capable of writing believable brown women into rom-coms is a disservice to all women. And the trope of the White Princess, even if she is interested in an Asian guy, just perpetuates old school Hollywood misogyny."

Near the end of her article, Kini did admit that from her far-left perspective, "The Big Sick, in addition to having a refreshingly funny script, gets a lot of things right." But she also included one more barb at the movie industry: "We, brown women, do not expect men to be our savior. Brown women are out there, making art too. But too often, Hollywood’s depictions of brown men amount to an erasure of brown women. And that is not good enough."

Just four years earlier, Jezebel published an item that celebrated a Cheerios ad that featured a mixed-race family (though the parents in that ad were a black man and a white woman). The author hoped that it would "lead to even more positive representations of...interracial families." One wonders what has changed in the intervening years that would lead the feminist website to change its own stance on interracial romance.

I should disclose that while I'm not of South Asian ancestry, I am the child of a marriage between a "brown" man — a naturalized immigrant from the Philippines — and a white woman, who is herself the child of an immigrant who came through Ellis Island. I noticed on Thursday that Jezebel promoted Kini's item on their Twitter account; and, as you might expect, I had a strong reaction to the piece.

I wouldn't exist without such a mixed-race marriage. You can go to hell, @Jezebel. #tcot https://t.co/7CXUC5v1qU

Thankfully, I wasn't the only mixed-race conservative who took the artist to task for her racial rant. Siraj Hashmi of Red Alert Politics, who is partially of South Asian descent, pointed out in his Friday op-ed that "liberals constantly preach that you should marry the person you love, especially when it comes to debates over same-sex marriage. But when it comes to marrying outside your race or ethnicity, all of sudden it's taboo." Hashmi concluded that Kini's item "proves that liberals and social justice warriors are literally finding the tiniest things to be mad about and making a career out of it."