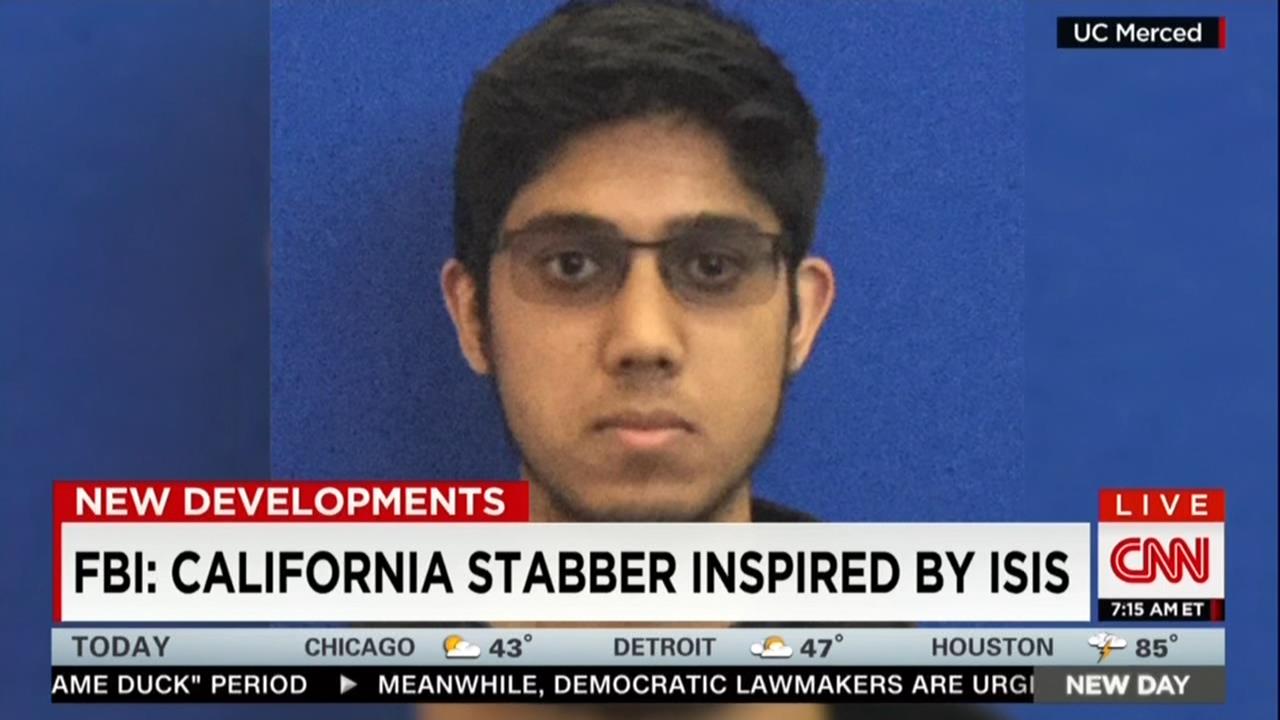 ABC, CBS, and NBC's morning newscasts on Friday all failed to cover the FBI's revelation on Thursday that Faisal Mohammad, a University of California, Merced student who went on a stabbing spree in November 2015, was inspired by ISIS. Instead of covering this development, ABC's Good Morning America devoted one minute and 25 minutes to a proposed regulation in San Francisco against "man-spreading." NBC's Today also spent 53 seconds of air time to Harry Potter actress Emma Watson beat-boxing for gender equality.

CBS This Morning joined its Big Three network competitors in omitting the FBI's announcement. However, the morning show did devote 20-second news brief to another ISIS-related story — the conviction of an Arizona man who provided material support to the Garland, Texas shooters:

NORAH O'DONNELL: The Arizona Republic reports on guilty verdicts against a man for plotting an attack inspired by ISIS. Abdul Malik Abdul Kareem was convicted in the attack — in the plan to attack a contest showing cartoons depicting the prophet Muhammad last year in Texas. It was the nation's first jury trial involving an attack in the U.S. committed in the name of Islamic State.

CNN's New Day on Friday stood out for devoting a 20-second brief to Mohammad [video below]:

CHRIS CUOMO: A California student who went on a stabbing rampage on his college campus was inspired by ISIS. The FBI says Faisal Mohammad appeared to be self-radicalized — motivated from terrorist propaganda that he found — where else — online. They say he acted alone when he stabbed four people during the November attack. Mohammad was killed by campus police after the rampage.

Correspondent Joseph Serna and Matt Hamilton gave more details on the FBI investigation in a Thursday item for the Los Angeles Times:

The FBI released a statement saying a review of Faisal Mohammad's electronic devices found that he drew inspiration from terrorist propaganda and may have been "self-radicalized" before the Nov. 4, 2015, attack.

"His laptop contained pro-ISIL propaganda, and he had visited ISIL and other extremist websites in the weeks prior to his attack," the agency said, using an acronym for the extremist group, which is also called ISIS.

The FBI said Mohammad, a freshman at the university from Santa Clara, began his preparations for the rampage at least a week beforehand. No information was found that showed he was helped or directed by another person or group in carrying out the stabbings, the FBI said.