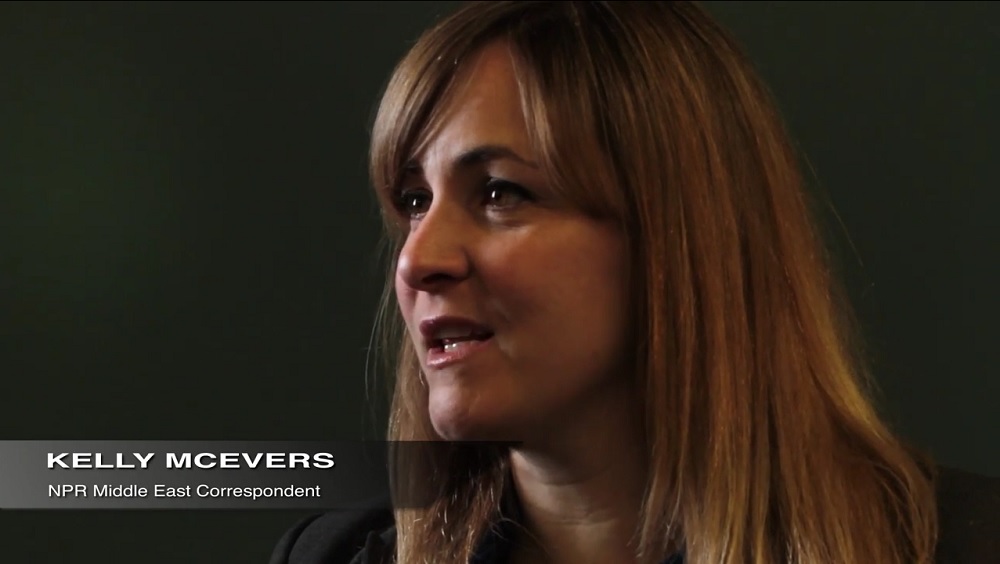 Tuesday's All Things Considered on NPR followed the lead of CNN earlier in the day in spotlighting a pro-euthanasia activist's reaction to California Governor Jerry Brown signing the "End of Life Option Act." Host Kelly McEvers allowed only a brief mention of opponents calling the governor's move "a dark day for California." McEvers then gave guest Christy O'Donnell, who has terminal lung cancer, the kid glove treatment. O'Donnell appeared on CNN's At This Hour earlier on Tuesday, where anchor Kate Bolduan thanked her for her "strength" and "courage."

The host led the segment by noting that "the main opponents of the bill included some doctors, disability rights groups, and religious organizations."  After citing the "dark day for California" reaction, the journalist introduced O'Donnell as "on the other side of the debate" and a "former LAPD detective" who later "became an advocate for this law" after her cancer diagnosis.

McEvers did mention opponents' "concerns" regarding the law during the interview, but the rest of her questions dealt with her personal reaction to the new law and her health:

KELLY MCEVERS: Yesterday, California's governor, Jerry Brown, signed into law the End of Life Option Act. The law allows terminally-ill people to be prescribed the drugs that will end their lives. The main opponents of the bill included some doctors, disability rights groups, and religious organizations. One group called it – quote, 'a dark day for California.'

On the other side of the debate, there is Christy O'Donnell. She's 47 years old, and a former LAPD detective. After she was diagnosed with stage four lung cancer last year, she became an advocate for this law.

MCEVERS: How did you hear the news yesterday that Governor Brown had signed this bill into law?

CHRISTY O'DONNELL: Well, I was at lunch with my daughter, and received a call from one of the senators who had authored the bill. So, there's no place else that I would want to be except with my daughter getting the news.

MCEVERS: Yeah. How did you feel?

O'DONNELL: You know, I was speechless at first (laughs) – which my friends and family will tell you is a very unusual thing for me. I was so happy to hear that the governor really had looked into his heart; that he had been very insightful in realizing that – you know, there are people like me and my daughter who need this, and we need it now. We can't wait.

MCEVERS: How do you respond to some concerns, though, that there are people who might be pressured to end their lives to save money on health bills; or that other people might just, sort of, give up on themselves before exhausting all the other options?

O'DONNELL: All I can tell you is this: people right now in California already have the right to refuse medical treatment. A bill that gives them one option is not going to emotionally change whether or not a terminally-ill patient wants to accept treatment. You know, if I didn't want to live, I could have refused treatment 13 months ago, and I would have already passed away.

MCEVERS: Could we talk about your health?

MCEVERS: How are you feeling right now?

O'DONNELL: Well, today's a tough day for me. I've got a very bad headache and dizziness and tremendous nausea. I have some good days. You know, yesterday, physically, was a good day for me. So, it's really, sort of, up and down.

MCEVERS: And what is your overall prognosis?

O'DONNELL: My prognosis, at this point, really is two to three months. The tumors have spread. They're throughout my liver, my spine, my rib – and then, of course, the original tumor in my lung and the tumors in my brain.

MCEVERS: So does the governor signing this bill change your plans? Will you be able to start the process of ending your life here in California with the help of a doctor?

O'DONNELL: I knew, as did my daughter, that when we started speaking out in favor of the legislation that it was highly unlikely that I personally would be able to utilize aid in dying because of my short prognosis. That is still the case, because it's unlikely that the bill's going to take affect any time prior to January – and, currently, my prognosis just isn't that long.

MCEVERS: If this new law doesn't change your personal situation, what does the signing of this bill mean to you either way?

O'DONNELL: It still means a tremendous amount to my daughter and I, because while we personally may still have to go through the suffering, you know – and unfortunately, my daughter may have to carry a very horrible, terrible memory of me and my death forward – we hope that we are the last family ever to have to have that experience; and that thousands of other Californians now that are terminally ill will never have to go through this – because whether or not they choose to use aid in dying – knowing that they have that option is going to bring tremendous peace to them. So, all of this was worth it. It's still a landmark day for California; and hopefully, for the country.

The public radio host added at the end of the interview that O'Donnell "did tell us that she is pursuing another option to end her life legally. She has a lawsuit pending that would protect a doctor from prosecution if that doctor prescribed her medication that would end her life."

Back in February 2014, NPR's Richard Knox hyped that a Pennsylvania judge's dismissal of a homicide case involving admitted euthanasia as "a sign that attitudes about end-of-life decisions are changing, whatever most statutes say." Knox euphemistically referred to euthanasia as "medical care that may hasten death."