On Wednesday evening, CNN barely covered the congressional hearing on the Benghazi attack from earlier that afternoon. Instead, the network provided wall-to-wall coverage of the Jodi Arias trial verdict and the Cleveland kidnappings.

From the hours of 5 p.m. until 11 p.m. ET, CNN gave a whopping 4 hours, 9 minutes of coverage to the two crime stories, but a measly eight minutes to Benghazi -- over 30 times more coverage. And three of CNN's prime-time shows didn't even mention Benghazi. 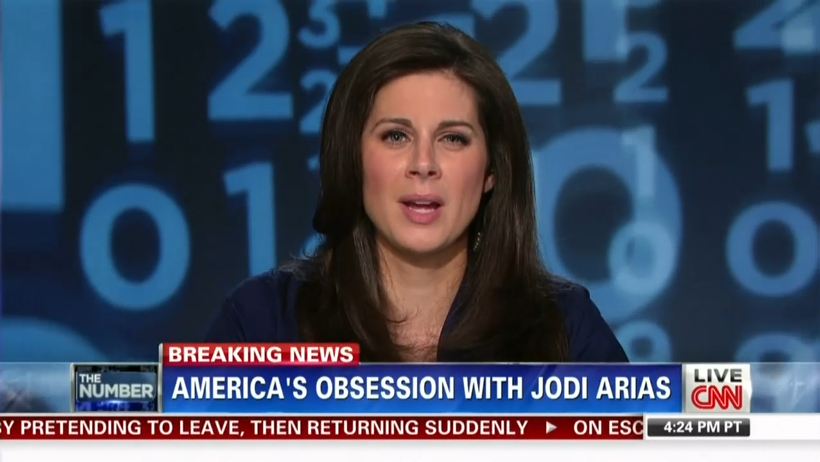 The 8 p.m. and 10 p.m. ET hours of Anderson Cooper 360 featured over one hour and twenty minutes of material on Arias and the Cleveland abduction, but not a second on the hearing. The 9 p.m. ET hour of Piers Morgan Live aired over 40 minutes on the two stories, but completely ignored the Benghazi hearing.

Ironically, CNN's Wolf Blitzer admitted that the hearing was dwarfed by the tabloid crime stories: "It's been nearly lost amid in a lot of the glare today, the breaking news coming out of Cleveland and Phoenix, but September's deadly attack on the U.S. consulate in Benghazi, Libya, was the subject of a very important all-day hearing on Capitol Hill."

Unfortunately, Blitzer's colleagues didn't get the memo about this "very important" hearing. Most of the prime time Benghazi coverage clustered at the end of Blitzer's 6 p.m. ET hour of The Situation Room, in a 7 minute, 13 second-long story. Host Erin Burnett only spent 39 seconds on the hearing in a news brief during the 7 p.m. ET hour. That was all the coverage from 5 p.m. to 11 p.m. ET.

Earlier in the day, CNN provided over 17 minutes of live audio of the Benghazi hearing before cutting away from it for the rest of the afternoon. The network reported on the hearing but never again went live. In contrast, Fox News provided viewers with 108 minutes of live coverage of the hearing.

CNN's Burnett even admitted that the Arias trial had become a "soap opera" full of "salacious entertainment" that CNN was feeding a hungry audience. "The fact of the matter is, this actually stopped being a trial a long time ago. As BuzzFeed's McKay Coppins told us today, I'll quote him, 'The Arias trial had every hallmark of a classic tabloid story or a soap opera. A four-month long soap opera,'" Burnett acknowledged.

"So, if you're one of the people who enjoyed the salacious entertainment of the past four months, make sure you thank the good people of Arizona for paying for it," she quipped.