If none is so zealous as the convert, none is so hateful as the defector.

Appearing on MSNBC's AM Joy today, Never Trumper Tom Nichols today epitomized that hatred of his former party, the GOP. Guest-host Jonathan Capehart had assembled a panel of Never Trumpers to discuss the future of the party.

Here's how Nichols, now a member of the Trump-hating Lincoln Project, expressed this violent death wish for the GOP:

We [Never Trumpers] all have a sentimental attachment to the Republican party. We all loved Old Yeller. But at some point you have to take Old Yeller behind the barn and put him down."

Nichols' violent death wish for the Republican party shocked even the liberal Capehart, sending him into a stumbling response: "Wow! That, that, that's an analo-, an analogy."

If an actual Republican called for the Democrat party to be taken behind the barn and "put down," he'd be accused of a hate crime, of fomenting violence, etc. But no such fate awaits Nichols, of course.

Tom Nichols violent death wish for the Republican party was sponsored by Safelite. Go to the Conservatives Fight Back link and let Safelite know what you think of it sponsoring this kind of hatred.

TOM NICHOLS: The problem is that by the '90s, there wasn't a Republican party. There were several Republican parties. And my personal guilt is, Stuart [Stevens, a fellow member of the Lincoln Project] was in Mississippi, I was in Massachusetts. I just didn’t pay attention to those other Republican parties. I was surrounded by people like William Cohen. I'd grown up, for example, with people like Ed Brooke. I worked for John Heinz, God rest his soul, of Pennsylvania, who today would have no home in the Republican party.

And we didn’t want to think about how the party was fissioning and coming apart. And it’s now dominated by Donald Trump and by people who have bent the knee to Donald Trump. And once you do that, once you betray the Constitution, there is no coming back . . . The party has — the president has, I think, is a binary choice, because at this point, you know, any other choice really is almost inexplicable to me. This isn’t a 1996 where you’re picking between Bill Clinton and Bob Dole. This is really a time for choosing. But also, that there has to be a voice raised and a vote cast against the enablers.

We [Never Trumpers] are all former — we’re either current or former Republicans. We all have a sentimental attachment to the Republican party. We all loved Old Yeller, but at some point you have to take Old Yeller behind the barn and put him down.

JONATHAN CAPEHART: Wow! That, that, that's an analo-, an analogy. 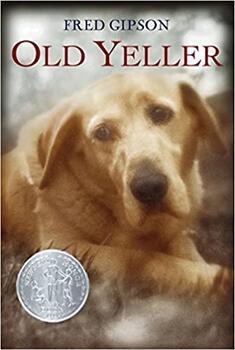