'AM Joy' Ends In Hate: Trump Loses, Transition Will Turn Into Tyranny

Today marks the end of Joy Reid's run as host of AM Joy, her weekend-morning show on MSNBC. As of tomorrow, Reid takes over the weekday 7 PM slot that Chris Matthews occupied before his forced resignation. Reid's replacement hasn't been announced, but MSNBC is sure to select another lefty.

Earth to MSNBC: Is there a more more transparently crappy prediction at this point than Trump is going to End Democracy? He's been in office now for 42 months and has yet to put Joy Reid in jail or shut down The Washington Post. This is just Dictator Birtherism. They should be ashamed to still be slinging this mud.

JOY REID: I'm almost afraid to ask you what you think is going to happen from here, because Donald Trump is in trouble in the polls, he's struggling to beat Joe Biden in any polls that I've seen so far. And, you know, typically, if somebody is an autocrat and has that tendency, don't they get more dangerous the more cornered they are? And what do you predict going forward?

MALCOLM NANCE: I think it was our colleague Clint Watts who may have said the most dangerous period in American history might be from November 4th until January 21st, 2021. Who knows what a cornered autocrat will do?

For Donald Trump, I think this is his moment, where he is going to change American history by fundamentally changing the United States into the dictatorship he has always wanted.

Expect it to get only worse between now and Election Day.

PS: MSNBC would be well advised to vet Reid's successor to ensure s/he hasn't engaged in the same kind of online homophobia that littered Reid's past [e.g., calling Charlie Crist, whom she suspected of being a closeted gay, "Miss Charlie."] Then again, the irony is that in these cancel-culture times, far from firing Reid, MSNBC gave her a big promotion, from weekend mornings to weekday primetime. 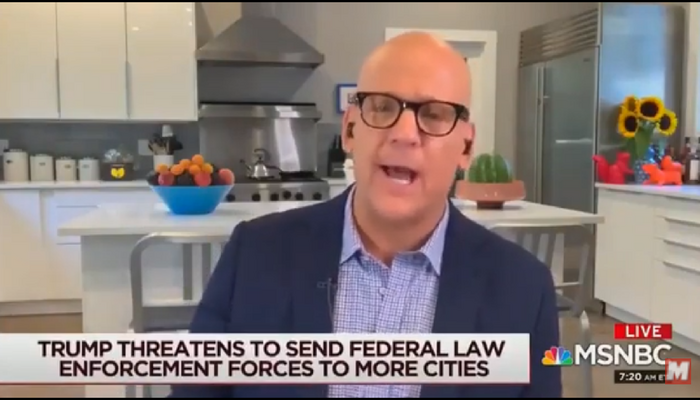 John Heilemann: Trump Could Use Paramilitary to 'Steal This Election' 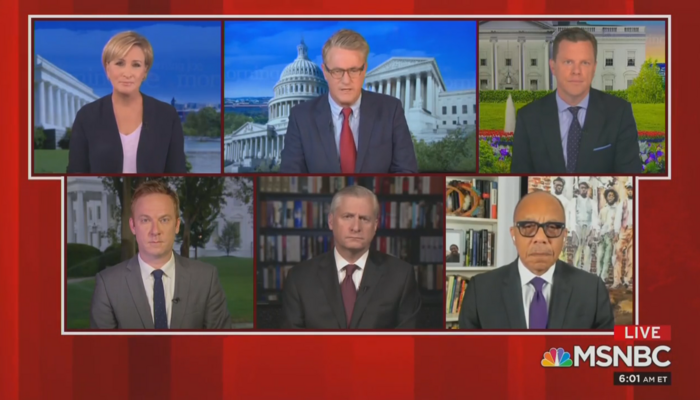 Mika Tries, Fails, to Get Journalist to Agree Trump 'Confused'