Tinfoil Mika: Trump Promotes Possible COVID Cure So Much He Must Have 'Financial Tie'

On today's show, Scarborough cited a Peter Baker article in the New York Times indicating that President Trump has some financial interest in Sanofi, a French company that produces Plaquenil, the brand-name form of hydroxychloroquine. What Scarborough didn't mention is that Trump's stake in Sanofi is valued at something between $99-1,500, and that Plaquenil has constituted a negligible share of Sanofi's profits.

Moreover, contrary to Scarborough's flat claim that hydroxychloroquine "doesn't work for" coronavirus, that same Baker article mentioned a NYC hospital that is administering the drug to COVID-19 patients. The article also reported that NY Gov. Andrew Cuomo "told reporters on Monday that he would ask Mr. Trump to increase the federal supply of hydroxychloroquine to New York pharmacies, allowing the state to lift a limit on purchases. 'There has been anecdotal evidence that it is promising,' Mr. Cuomo said, while noting the lack of a formal study."

In perhaps the most explosive accusation yet against President Trump made by a liberal media member regarding the coronavirus, MSNBC's Mika Brzezinski has accused the president of having a "financial tie" to someone that leads to him to promote the use of hydroxychloroquine to treat the virus.

Brzezinski's accusation is tantamount to an allegation that President Trump is on the take.

Ultimately, Mika made her accusation:

"A lot of people would say, follow the money. There’s got to be some sort of financial tie to someone somewhere that has the president pushing this repeatedly."

Mika must be immediately challenged to produce whatever evidence she might have in support of her explosive claim. To accuse the President of the United States of outright corruption in the midst of the greatest crisis in the lives of most Americans, is a libel most vile unless she can substantiate it.

MIKA BRZEZINSKI: Joe, Dr. Fauci wasn't allowed to talk about what he feels is important to say about this drug that the president keeps pushing.

A lot of people would say, follow the money. There’s got to be some sort of financial tie to someone somewhere that has the president pushing this repeatedly. 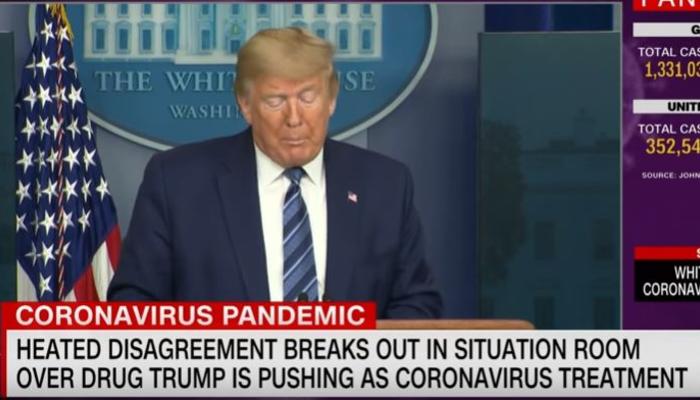