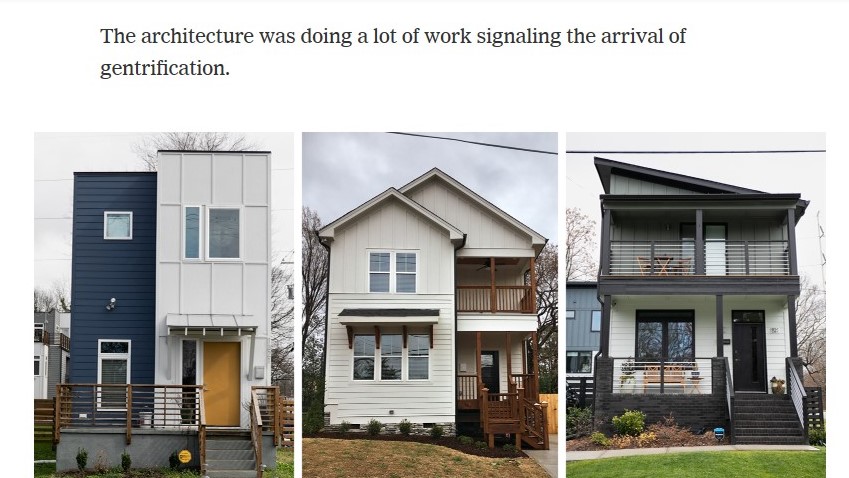 Here's your latest installment of "everything is racist," courtesy of the New York Times.

The paper's "Race Related" section is described as "a weekly newsletter focused on race, identity and culture," and for my sins, I recently subscribed to it. This morning, an email arrived from "Race Related," attaching a story about gentrification in the historically black South Park neighborhood of Raleigh, North Carolina.

According to the article's author, Emily Badger [emphasis added throughout]:

"A few new homes rise high above the modest, single-story properties around them. Those houses, some longtime residents lament, feel so large that they evoke plantation homes, complete with second-story porches an overseer might use to keep an eye on the black residents nearby."

"So large?" Have a look at the photo accompanying the Times story. According to the real estate listings, the homes in question range from 1,200-2,000 square feet, significantly smaller than the average American single-family home. And do the porches in any way evoke those of plantation homes that "an overseer might use to keep an eye on the black residents nearby?"

Compare and contrast the South Park homes with the photo below of an actual plantation house. It's hard to see how the Raleigh homes could possibly make someone think of a plantation house complete with overseer—unless you're a New York Times reporter on the hunt for a provocative quote. 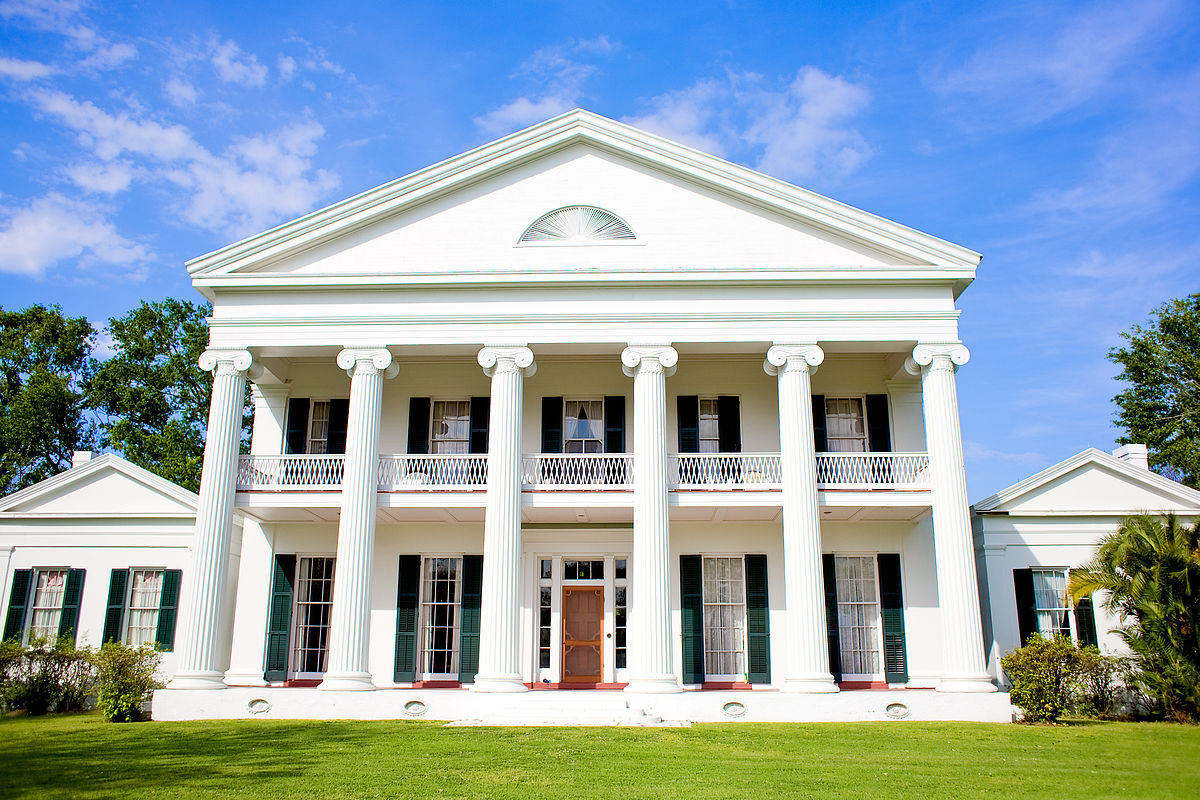 Badger toured the neighborhood with a black "fair housing advocate" Octavia Rainey who clearly doesn't like the trend of white gentrification. She pointed at a neon green door and said: “The colorful door means white homeownership.” The headline is "Unlocking the (Neon Green) Door to Gentrification."

These neighborhoods embody a pattern that The Times found in census data and millions of mortgage records across the country: In many center-city neighborhoods that were once largely African-American, white home buyers are now getting a majority of the mortgages.

Badger also included this loaded line in her story:

“Be the first to live in this beautiful home!” the real estate listings say. “There are big plans for the neighborhood coming soon!”

As if no one had big plans here before.

Got it? This isn't typical puffery by a real estate agent. It's evidence of white intruders thinking they have the monopoly on "big plans."

This could have been a positive story about whites choosing to live in a historically black neighborhood.  With some legwork, the author could surely have found upbeat anecdotes about interactions between long-time residents and new arrivals. But that wouldn't have fit the dystopian view of race in America at The New York Times.