Robin Givhan, as our Tim Graham described her last year, is "the liberal political columnist who plays fashion writer at The Washington Post." As Graham earlier observed, Givhan is "best known to many as Michelle Obama's worshipful accessory to fashion."

And so—as you might expect—in her column this week, Givhan was unwilling to criticize the, shall-we-say, controversial fashion choices that Michelle Obama made for her book-tour appearance with Sarah Jessica Parker earlier this week.

Have a gander and judge for yourself Michelle's ensemble of "a full-length, draped, shimmery yellow shirt dress with a pair of gold, holographic thigh-high boots." You might say that Givhan tiptoed around Michelle's boots. 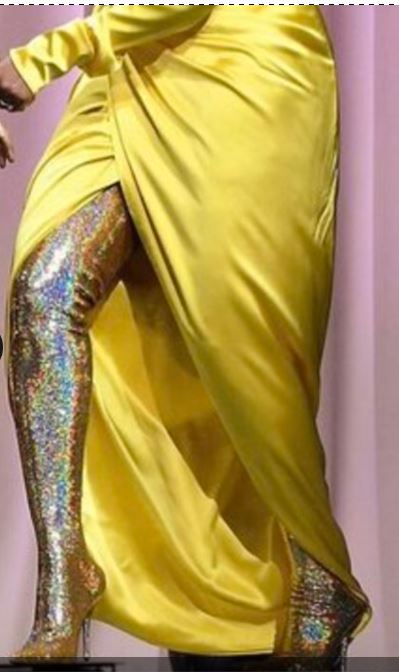 Givhan did let us know that the outfit was "very, very expensive." But you suspect that if a former Republican First Lady had worn such an outfit, Givhan would have reported the precise price tag and scolded her for conspicuous consumption.

Fox News noted the "$3,900 gold sequined thigh-high boots," and the "$550 Jennifer Fisher gold ‘Baby Jamma’ hoops." Not that she would have to actually pay for these things.

Givhan is billed as a fashion "critic." But here, she refused to fulfill that function, hiding instead behind a string of feckless platitudes:

Sure, "taste is subjective." But Givhan is paid to offer her subjective opinion on it! What's the point of being a "fashion critic," as WaPo bills her, if she refuses to criticize?. If a conservative woman had worn such a get-up, you just know Givhan would not have abdicated her critic's role, and would have gleefully unloaded on both the fashion and the cost thereof.

Instead, she insisted the "rock star" was on point:

Was the ensemble appropriate? Sure. Obama’s book tour is the equivalent of a literary rock concert, so she dressed the part of a rock star — transforming two relatively low-key looks on the runway into one eye-popping sparkle-fest. As a stage costume, it’s a look that can resonate through a stadium, all the way back to the cheap seats. 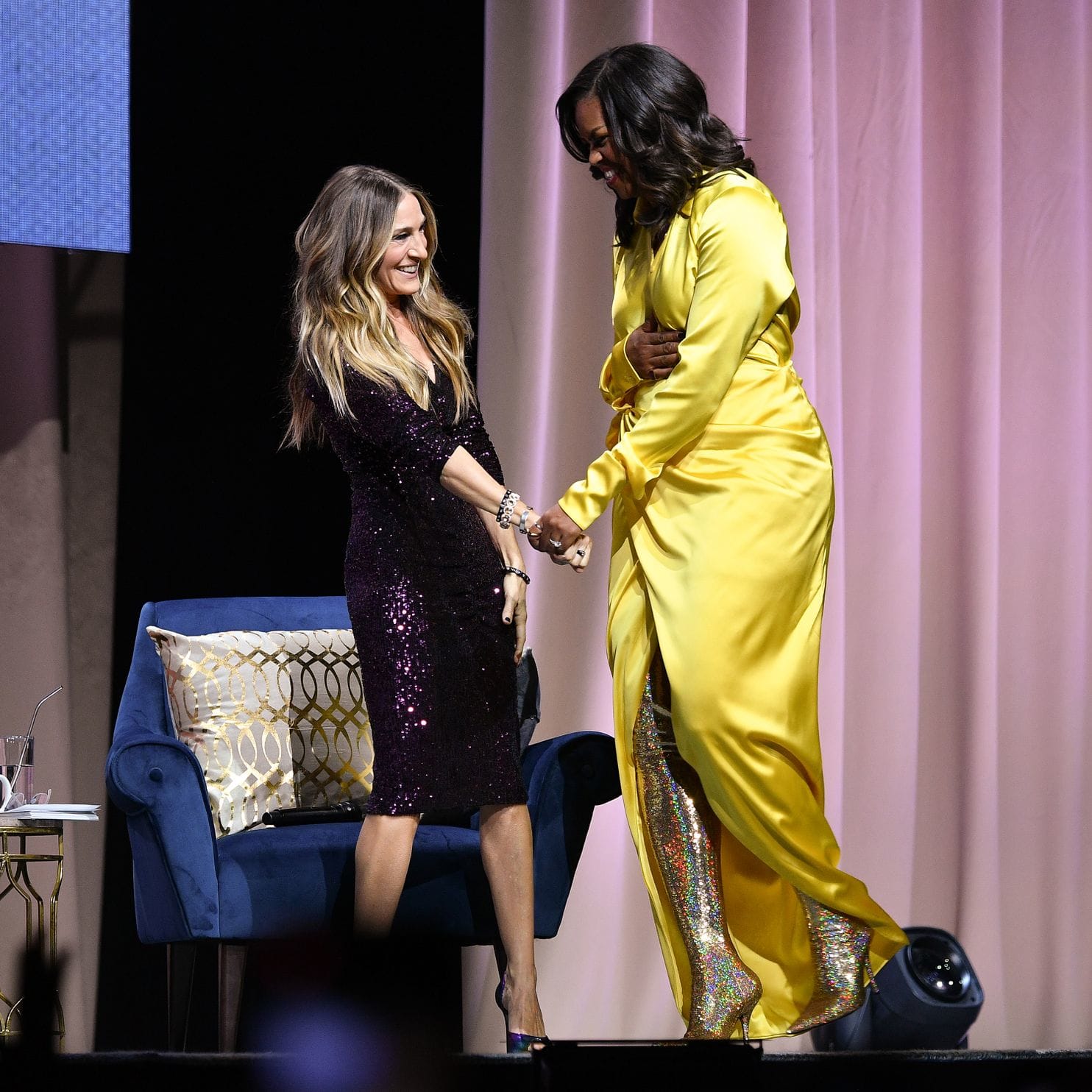