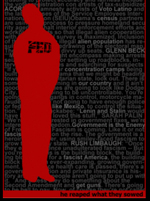 After a Census Bureau worker was found dead in rural Kentucky in September, liberals jumped at the chance to attribute his death to right-wing extremists whipped into a frenzy by the hate-filled sermons of Michelle Bachmann and Glenn Beck. It turns out the Census employee committed suicide and tried to make it seem like a murder to recoup life insurance payments for his son.

USA Today reports that Bill Sparkman "committed suicide and staged his death to look like a homicide." He was not murdered by a government-hating extremist with Fox News prime time cued up on his Tivo. Given this revelation, let us review what some in the liberal media and the lefty blogosphere had to say upon the discovery of Sparkman's body.

The Census Bureau field-training manual advises employees on everything from walking only in lighted areas to staying away from political issues, especially when someone is hostile: "Do not defend yourself or the government with respondents who say they hate you and all government employees. Indicate that you regret this opinion and express a desire to provide them with a positive experience." Perhaps Bill Sparkman wasn't given the time to follow that sage advice.

Twelve days ago, in a Kentucky cemetery, a the body of a census worker was found hanging from a tree. Scrawled across his chest was the word "fed." Though it's too early to conclude that the man, 51-year-old Bill Sparkman, was targeted in an act of anti-government violence, that is an angle that authorities are currently looking into. And if that turns out to be the case, it wouldn't be all that surprising, considering the sheer volume of vitriol directed at the federal government and the Obama administration these days by conservative media personalities, websites, and even members of Congress.

The gruesome lynching of this Census worker seems to bear a disturbing similarity to some of the worst hate crimes committed across this country. Regardless of what the motive for the killing may have been, why would a murderer(s) take such pains to so blatantly convey anger, fear, and vitriol towards a Census employee? Perhaps because some on the right have created an impression that Census employees are terrifying.

It's possible, I suppose, that anger at the feds in general could make a drug dealer murder a census worker. But the most worrying possibility - that this is Southern populist terrorism, whipped up by the GOP and its Fox and talk radio cohorts - remains real.

If conservative politicians and opinion leaders keep stoking fears about the government using census data to steal from or perhaps even round up law-abiding citizens, I am concerned that mentally unstable individuals will commit further acts of violence against census-takers next year.

The facts surrounding Sparkman's death, facts that were not available when these writers issued their vitriolic indictments of prominent conservatives, demonstrate the hastiness with which so many of the left's opinionistas will attribute violence to mere words.