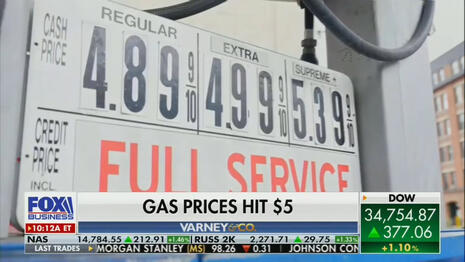 On Thursday, RedState’s Andrew Malcolm called out the liberal media for trying to cover for President Biden amid a major surge in gas prices. He cited one CNN Business story that laughably announced: “Gas prices are at 7-year highs, and Biden can’t do much about it.”

“This was an actual CNN Business story and an atrociously prime example of the mainstream media playing defense for Joe Biden and his clumsy administration of radical nincompoops who put ideology ahead of common sense and practicality,” Malcolm declared. He then pointed out the reality: “There’s actually a ton of things Joe Biden could do to restore the nation’s energy independence that he so swiftly and joyfully euthanized last winter...”

Read the full article on RedState.