MSNBC Promo Laughably Claims: ‘This is Not an Echo Chamber’

The latest MSNBC ad absurdly tells viewers that the left-wing cable channel “is not an echo chamber.” All evidence to the contrary, the narrator of the promo claimed: “This is not a one-way street....This is a dialogue....That looks at the world...and all it’s complexities....from every side.”

The network does have a handful of token “Republicans” and “conservatives” on staff, but generally those guests are only brought on to agree with their left-wing counterparts. In other words, it is a “one-way street,” with no “dialogue” coming “from every side.”

MSNBC has put out a series of questionable ads over the past year. In July, the channel argued that the reason for its frequent attacks on President Trump was because of its “love for the Constitution” and “democracy.” Back in May, left-wing prime time host Chris Hayes hinted at Trump’s impeachment while filming a promo from Washington D.C.’s Watergate hotel. In the run-up to the 2016 election, the network was eager to tout Hillary Clinton declaring anchor Andrea Mitchell to be “my kind of woman.”

Here is a transcript of the promo aired during the 9 a.m. ET hour on October 31: 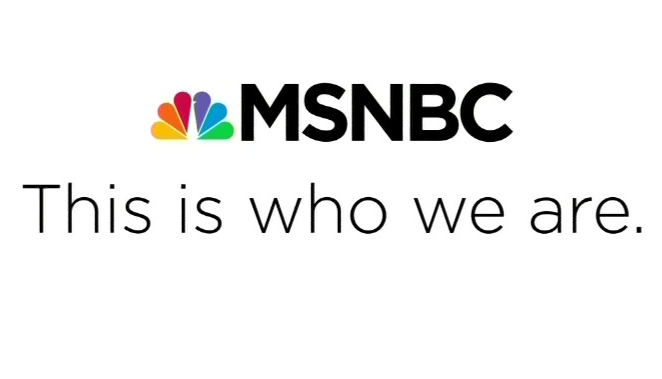 ANNOUNCER: This is not an echo chamber.

CHRIS HAYES: What is the project that the Republicans are pursuing?

ANNOUNCER: This is not a one-way street.

GEORGE WILL: Overturning the norms of American politics was a campaign promise.

ANNOUNCER: This is a dialogue.

MICHAEL STEELE: The obligations right now for the members of my party is remember your history.

ANNOUNCER: That looks at the world...

JOE SCARBOROUGH: That’s what “America First” means to me, country over party.

ANNOUNCER: ...and all it’s complexities...

ANNOUNCER: ...from every side.

CHRIS MATTHEWS: It’s exactly what the founders of this country imagined.