MSNBC Promo Trumpets ‘Love for the Constitution,’ ‘Democracy’ as Reasons for Attacking Trump

A new MSNBC promo aired during Thursday’s Hardball flaunted the bona fides of the liberal network’s far-left primetime pundits in taking on President Donald Trump, including the hilarious insinuation that they’re attacking him out of “love for the Constitution.”

The 30-second spot featured a soundbite from each pundit hosting shows from 7:00 p.m. Eastern to 10:00 p.m. Eastern (Chris Matthews, Chris Hayes, Rachel Maddow, and Lawrence O’Donnell) preceded by a tough line from the announcer and corresponding chyron driving home a reason the network’s taken an anti-Trump stance.

“Tough on the administration,” read the first point before Matthews chimed in with a random soundbite knocking Trump for doing “something so catastrophic” to the country’s security.

Perhaps most pathetic was the line “love for the Constitution” prior to The Last Word’s O’Donnell telling viewers that “[w]e can thank the Founding Fathers for their wisdom.”

O’Donnell doesn’t get to lecture anyone about the Founding Fathers or the Constitution seeing as how he’s the guy who said Barack Obama’s largely-fake autobiography Dreams From My Father was the best book ever written by a President, trumpeted the idea of abolishing the Founders-conceived Electoral College, and suggested love of one’s country isn’t that important.

Following up on his Watergate promo, the term applied to All In’s Chris Hayes was “tough on secrecy” as the 8:00 p.m. Eastern host stated that “[t]here continues to be a lot of smoke” regarding Trump-Russia collusion.

Last but not least, Rachel Maddow was last, flying under the banner of “love for democracy” before a clip of her lamenting how “American citizens” and “the press” seem to be the only ones “connecting the dots” in trying to bring down the Trump administration over supposed Russia ties.

“Tough love, administered nightly, week nights 7 to 11, on MSNBC,” the announcer concluded before a show line-up faded away to the current MSNBC motto of “[t]his is who we are.”

Here’s the transcript of the MSNBC promo from July 6:

[ON-SCREEN HEADLINE: Tough on the Administration]

ANNOUNCER: Tough on the administration.

CHRIS MATTHEWS: Why would he do something so catastrophic in terms of our security? 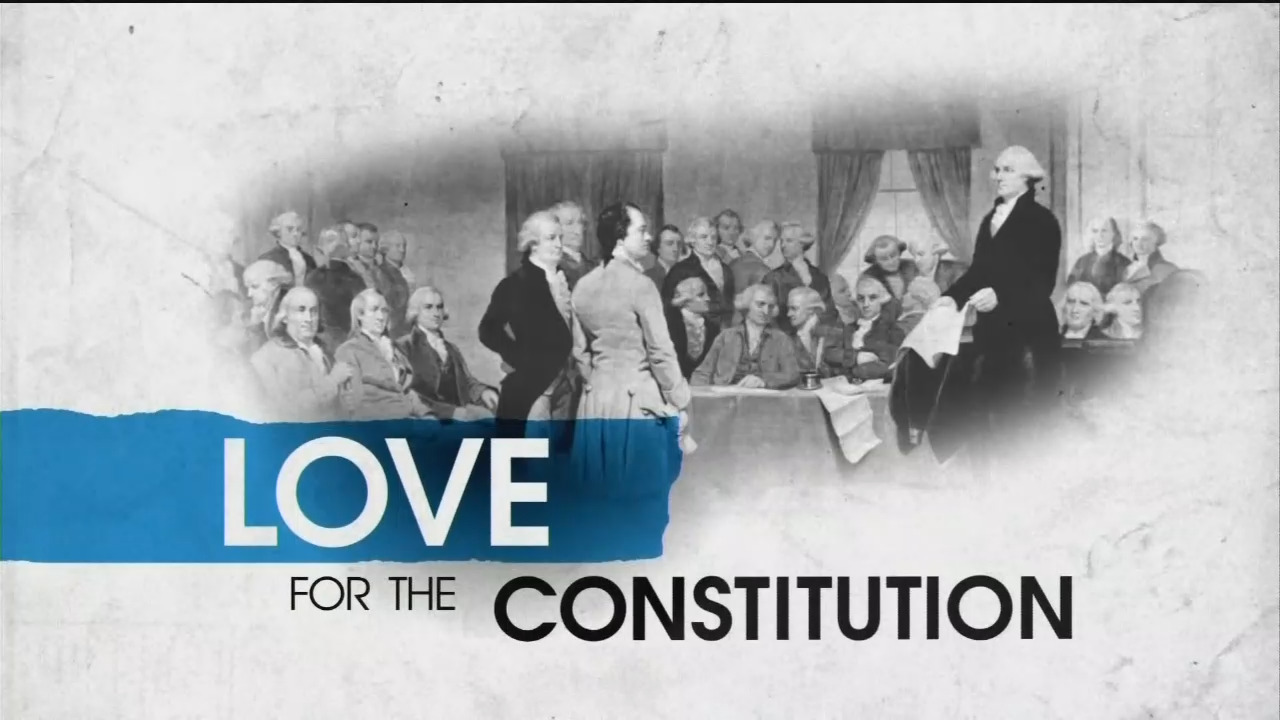 [ON-SCREEN HEADLINE: Love for the Constitution]

ANNOUNCER: Love for the Constitution.

LAWRENCE O’DONNELL: We can thank the Founding Fathers for their wisdom.

CHRIS HAYES: There continues to be a whole lot of smoke.

RACHEL MADDOW: So far, it is us, as American citizens, it is us in the press, who are connecting the dots on this story.

[ON-SCREEN HEADLINE: MSNBC; This is who we are.]