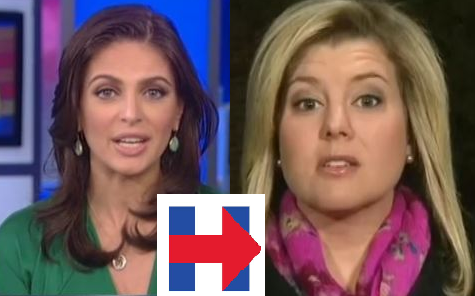 On Tuesday, a new book looking back at the 2016 presidential campaign revealed that despite Hillary Clinton starting off her candidacy with a relatively easy national TV interview conducted by CNN’s Brianna Keilar in July of 2015, the Democratic candidate actually wanted an even friendlier sit down with Yahoo’s Bianna Golodryga.

According to authors Jonathan Allen and Amie Parnes in Shattered: Inside Hillary Clinton’s Doomed Campaign, the former Secretary of State actually requested Golodrya be granted the first campaign interview, but a staff mis-communication led to Keiler being tapped instead.

Clinton didn’t exactly get a harsh grilling from Keiler, who pressed her from the left, let her give long rambling answers to questions of corruption, teed her up to bash Republicans on immigration, and wrapped up the exchange by asking which woman Clinton would like to see on the $10 bill.

Prior to talking to Clinton, Keiler fawned over the Democratic contender showing “she’s just like us” by stopping off at a Chipotle for a burrito while on the campaign trail. The reporter also attended the wedding of a Clinton aide just two weeks before the interview.

Golodryga also had a record of gushing over Clinton. While reporting for ABC’s Good Morning America in April of 2014, the journalist referred to the Clintons as American royalty during a glowing segment on Chelsea Clinton announcing her pregnancy: “I'm officially on baby watch this week. Move over, Prince George, though. This morning, Americans have their own royal, or, rather, presidential baby, to look forward to.” She proclaimed: “They really are such a close family.”

Even with a case of mistaken identity, it wasn’t hard for the Clinton campaign to find a friendly member of the liberal media to chat with their candidate.