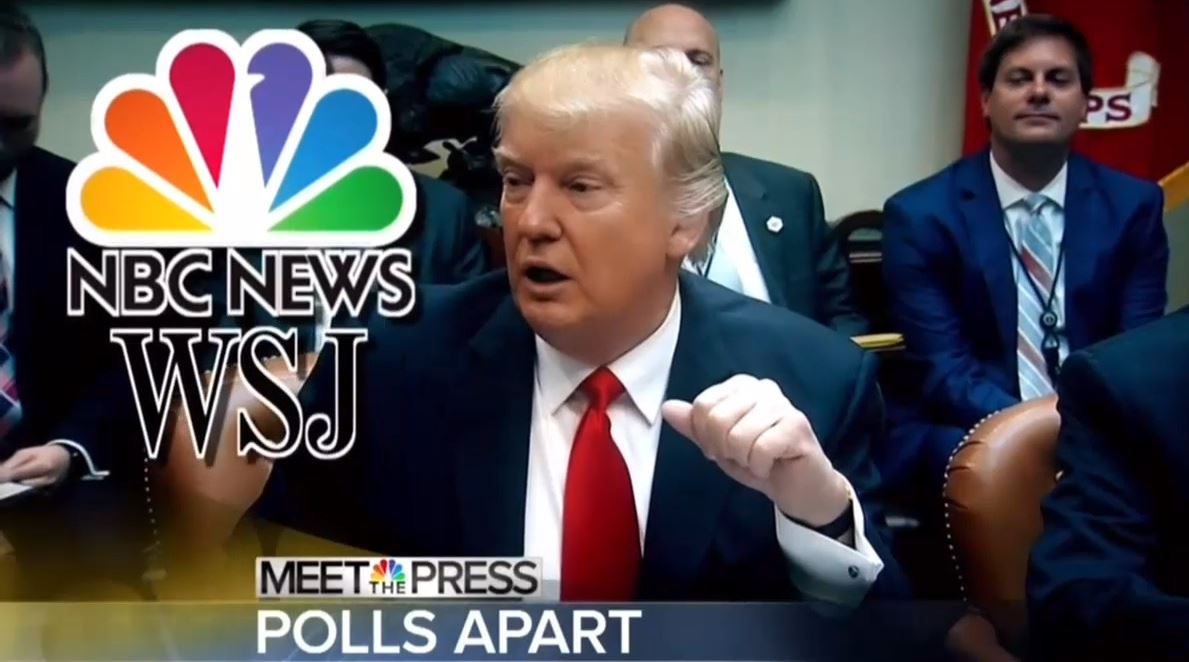 A newly released NBC News/Wall Street Journal poll found that 51% of Americans think the media have been “too critical” in their coverage of President Trump. That number was eight times larger than the 6% of the public who thought the press hadn’t been critical enough of the new administration. 41% said the news coverage has been objective.

It isn’t clear what role Mr. Trump’s barrage of attacks on the fairness and credibility of the press has played in shaping the majority’s opinion that coverage of his administration has been too negative.

A majority of those polled, some 53%, also believes that the news media have exaggerated problems in the Trump administration. Some 45% say that is not the case.

While the Journal reported on the media bias findings, NBC News did not find those numbers noteworthy during its discussion of the same poll. Debuting the survey on Sunday’s Meet the Press, moderator Chuck Todd hyped: “And our brand new NBC News/Wall Street Journal poll, the bad news for President Trump, an approval rating at an historic low.”

The President's approval rating stands at 44 percent with 48 percent disapproving. That is the lowest rating ever recorded in our poll at this early stage of a presidency. For a little perspective, it took President Obama 32 months to fall into negative territory. It took President George W. Bush 41 months for his numbers to be underwater.

In a report for Monday’s Today, correspondent Peter Alexander similarly touted: “A day before the President makes his first address to a joint session of Congress, the new NBC News/Wall Street Journal poll shows him with an historic disapproval rating. He is the only president in modern polling to begin his presidency underwater.”

However, no mention was made on either broadcast of the American people being influenced by relentlessly negative media coverage that was “too critical” of the President and “exaggerated” bad news for the administration.